How Many Businesses Accept Bitcoin? 39 Statistics

We've put together a roundup of bitcoin acceptance statistics related to:

Here are the most important facts about the current state of Bitcoin acceptance that you should know. 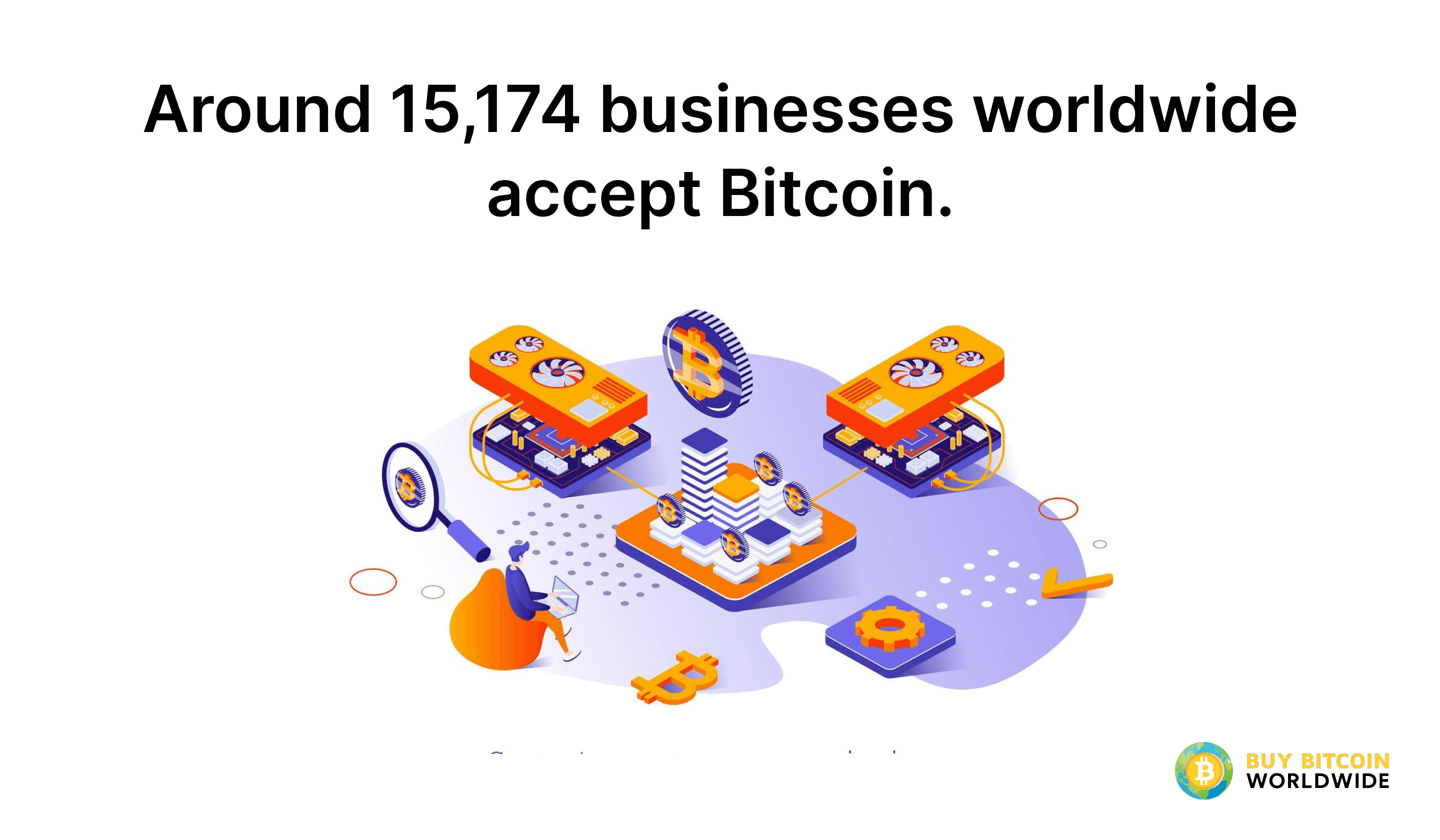 Of the companies that accept Bitcoin in the U.S. the most noteworthy include Microsoft, ATT, Burger King, Subway, and KFC. 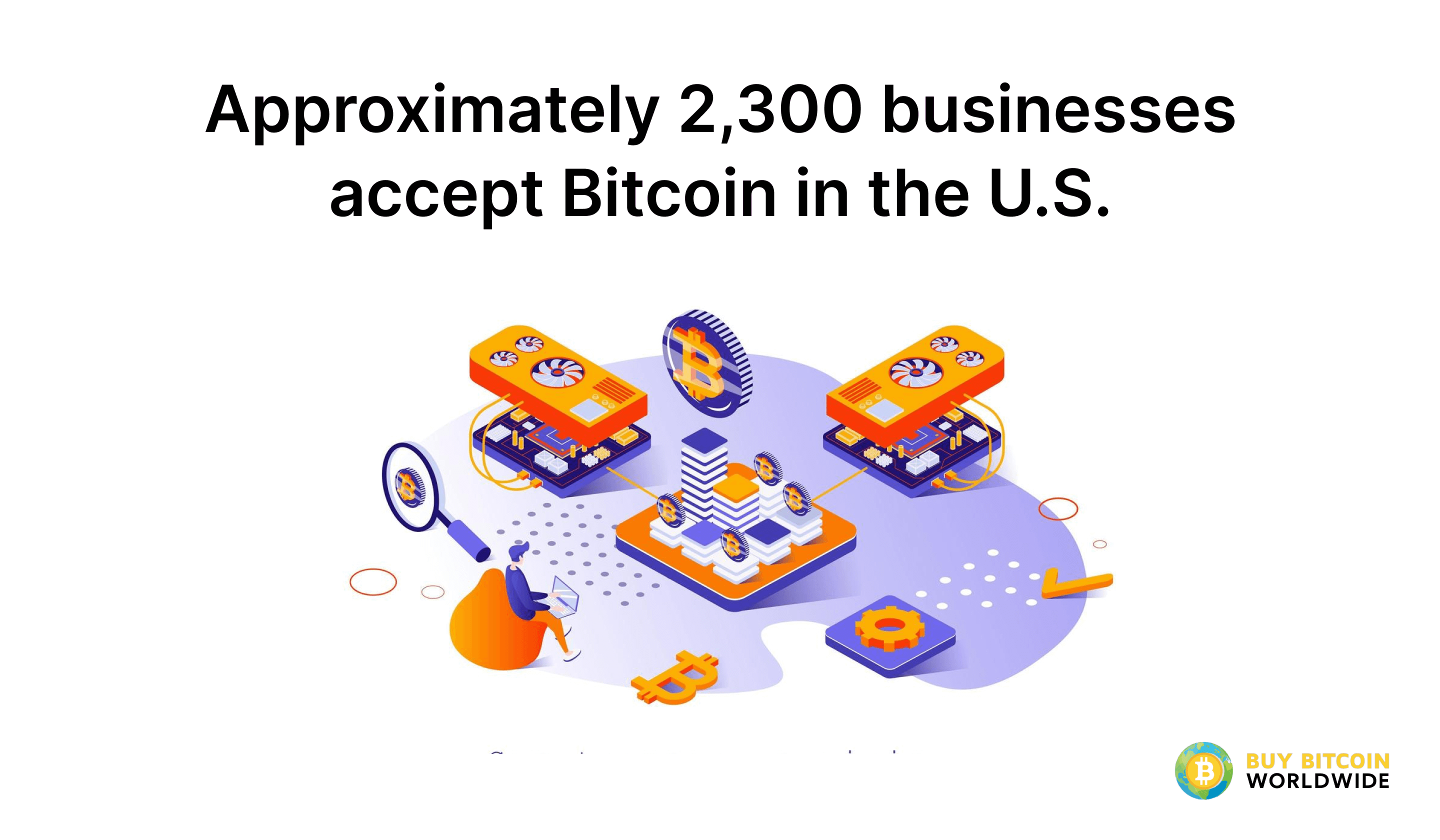 That's a very large increase from just the previous year. The number of installed ATMs increased from 14,038 machines to 34,219 from January 2021 to January 2022. That's an increase of 144% in the number of Bitcoin ATMs installed in just one year.

Major retailers, such as Walmart, play a big part in the growth in installed Bitcoin ATMs. In fact, they have plans to add another 8,000 Bitcoin ATMs during the upcoming years. 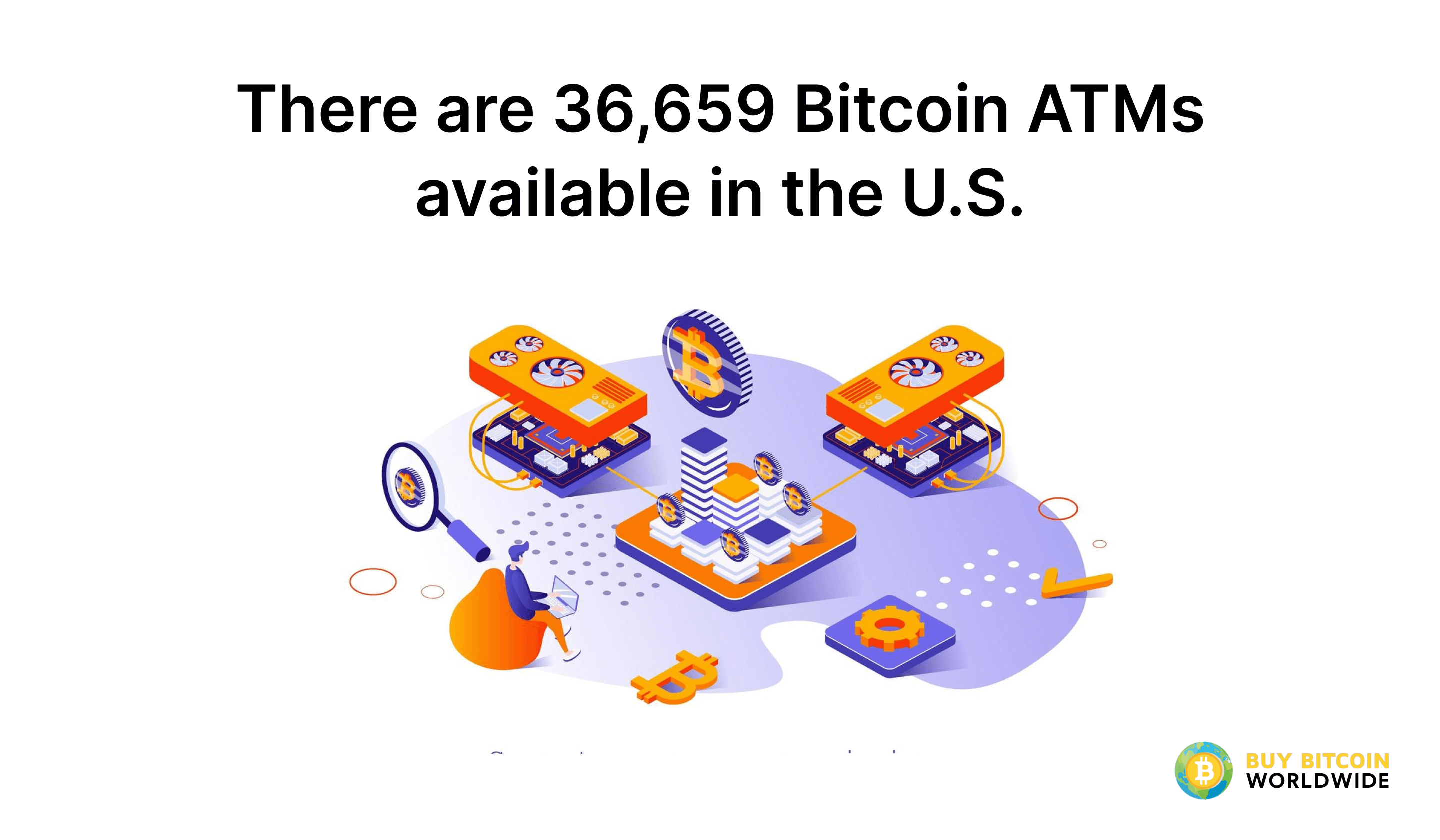 Microsoft is the largest company that accepts Bitcoin in the U.S.

Microsoft is worth more than $300 billion, and is definitely the largest U.S. company that accepts BTC.The second largest is ATT, which is worth $266 billion. 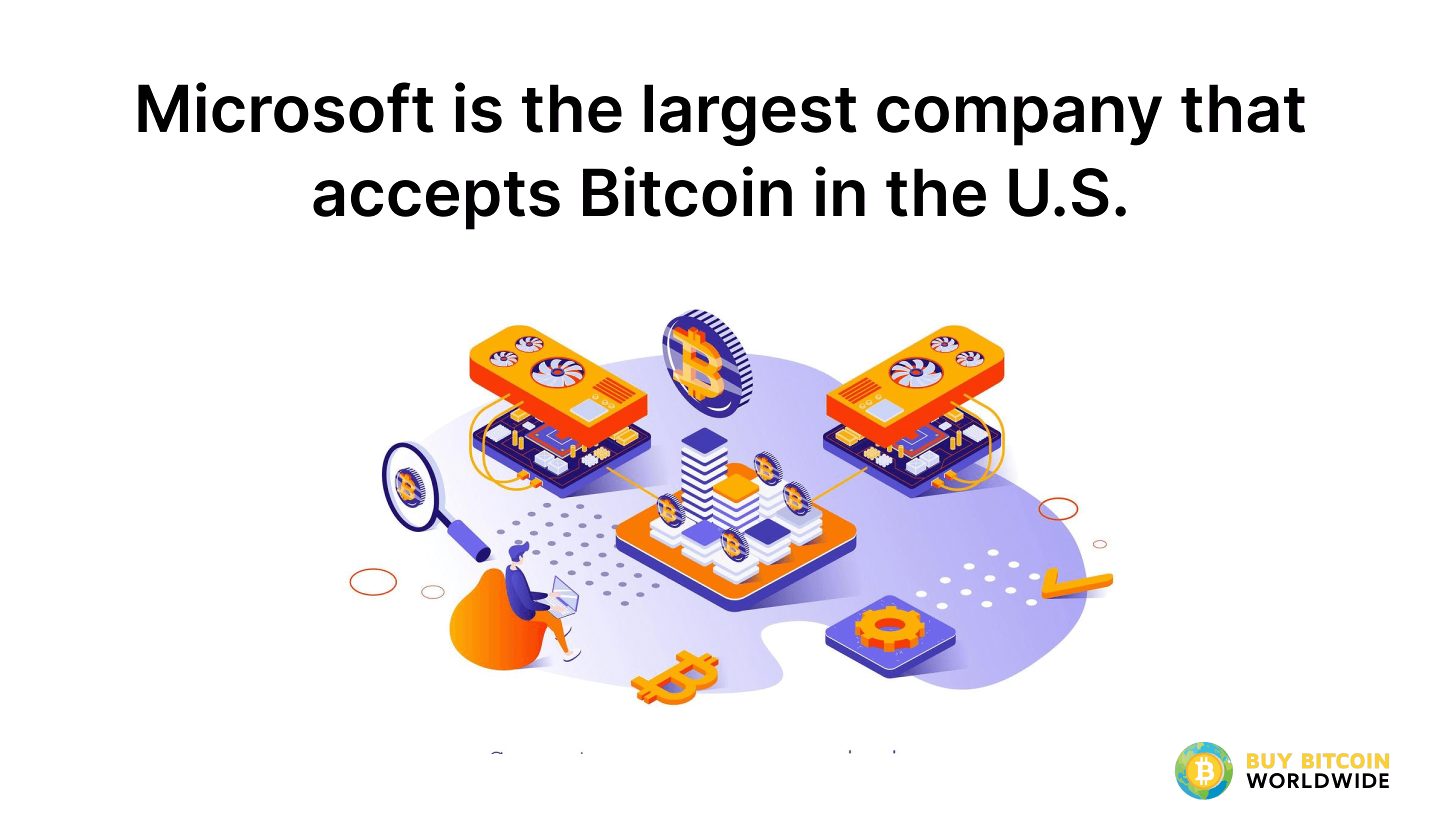 More than $1 million is spent everyday on goods and services with Bitcoin in the U.S.

The amount of money spent on goods and services with Bitcoin is increasing every year. This is likely due to the increased awareness of Bitcoin in our country. 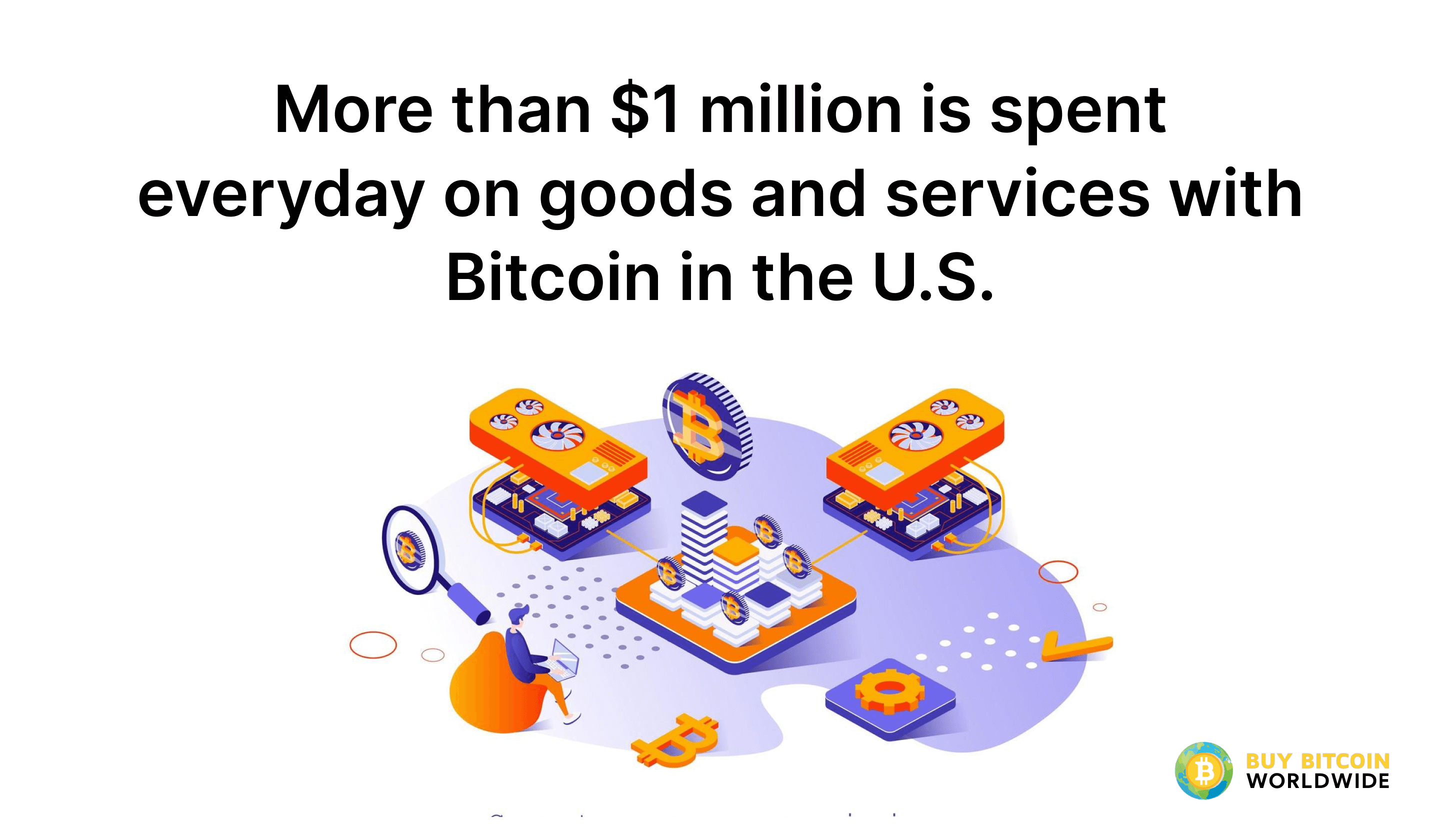 You might be surprised when you find out which industries have the highest bitcoin acceptance rates. Read on to find out.

The industries that accept Bitcoin the most are the Gambling, Tourism, Banking, Food, and Retail industries.

Believe it or not, 50% of all Bitcoin transactions are in online games. What's even more shocking is many online casinos encourage the use of Bitcoin.

Binance is the largest Bitcoin marketplace.

Binance gets almost 32 million visits per week, with around 1,538 active markets. The company plays a large role in Bitcoin exchanges and transactions. 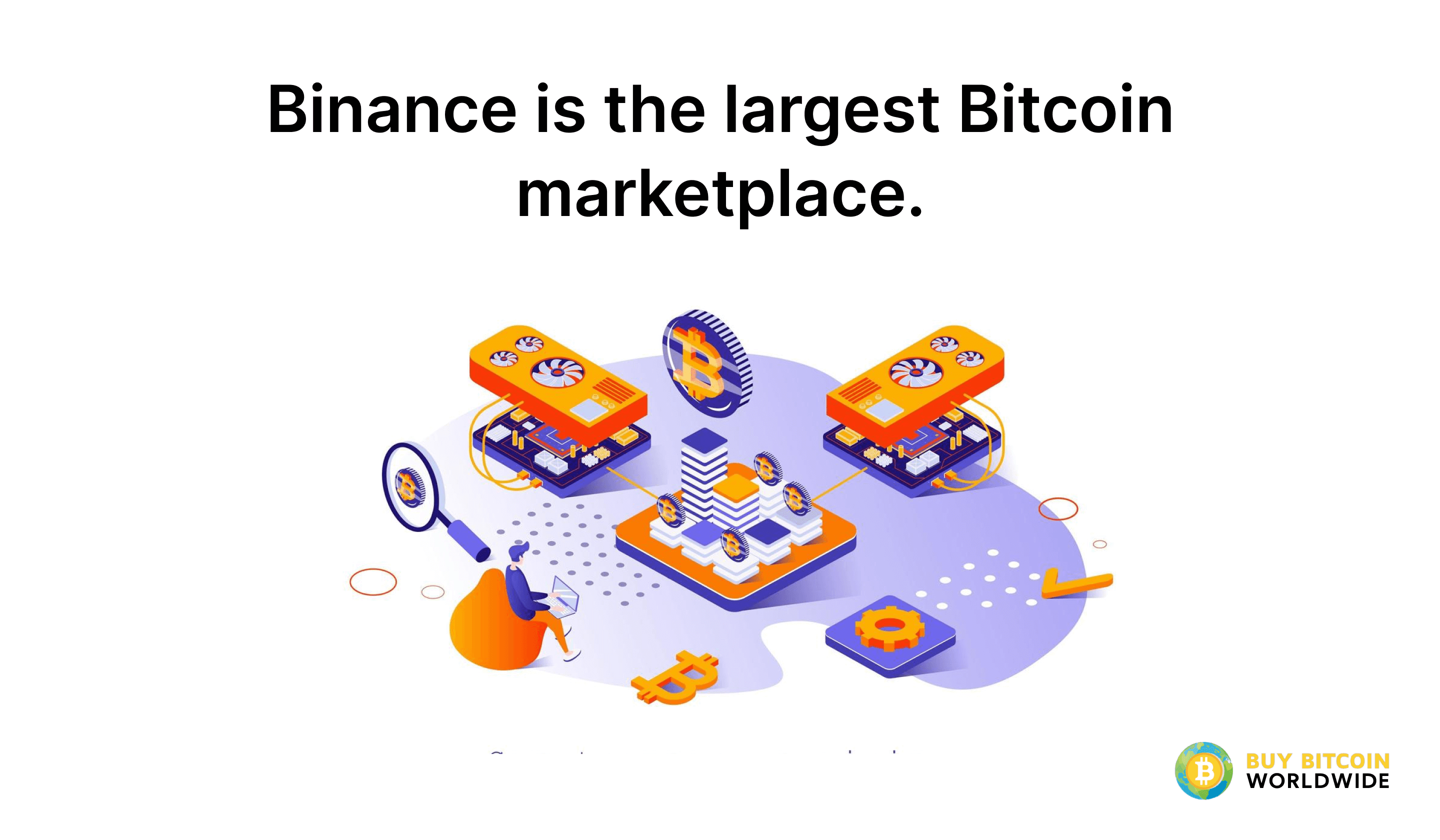 The Information Technology Industry has more than two-thirds (66.8%) of all Bitcoin holdings.

This section will cover the top locations for Bitcoin transactions, according to the latest research.

California is the best state for cryptocurrency.

It's also the most crypto-ready state, and just behind it are New York, Washington, and New Jersey.

All of the states listed above have high Google Trends and crypto-ready scores. Therefore, you can expect those states to continue having more crypto adoption.

New Mexico has one ATM for every 695,000 people, making it the state with the most Bitcoin ATMs per person.

Relative to its population, New Mexico actually has the most BTC ATMs. Interestingly, California and Texas combined have 35% of the US's Bitcoin ATMs, but New Mexico still strongly holds the top spot. 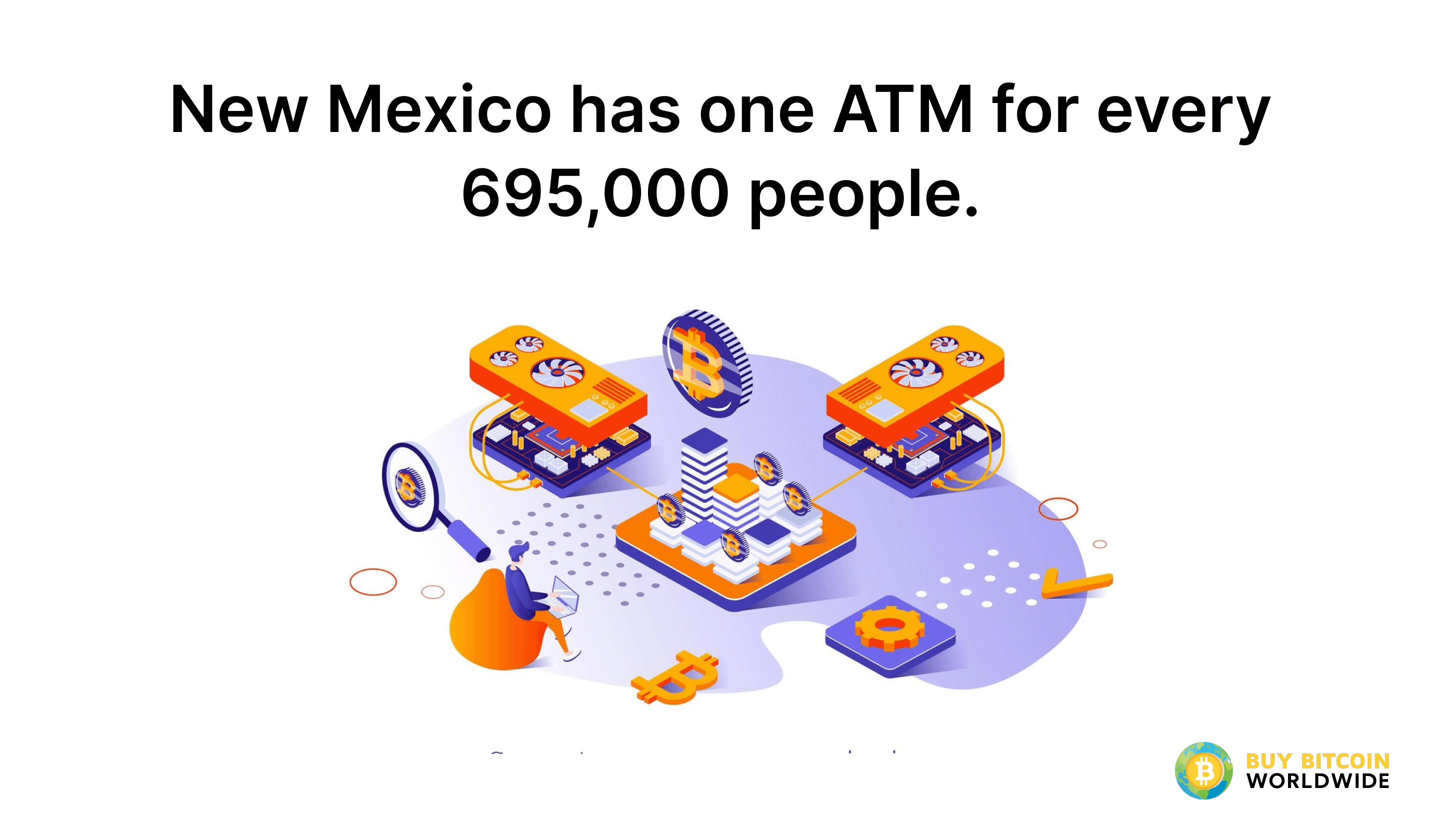 San Francisco is the #1 city for Bitcoin transactions.

This city is home to some of the largest crypto platforms like Coinbase and Kraken. It also has 437 bitcoin ATMs which thousands of people use frequently.

The U.S. is the country that trades the most Bitcoin.

The U.S. has 22.77% of the world's Bitcoin volume, which accounts to more than $1.44 billion in BTC. Other top countries are listed below

The number of crypto exchange users only continues to grow as more people throughout every continent on earth learn about Bitcoin and its benefits.

Developing countries such as Vietnam and Nigeria have significant growth in crypto owners. 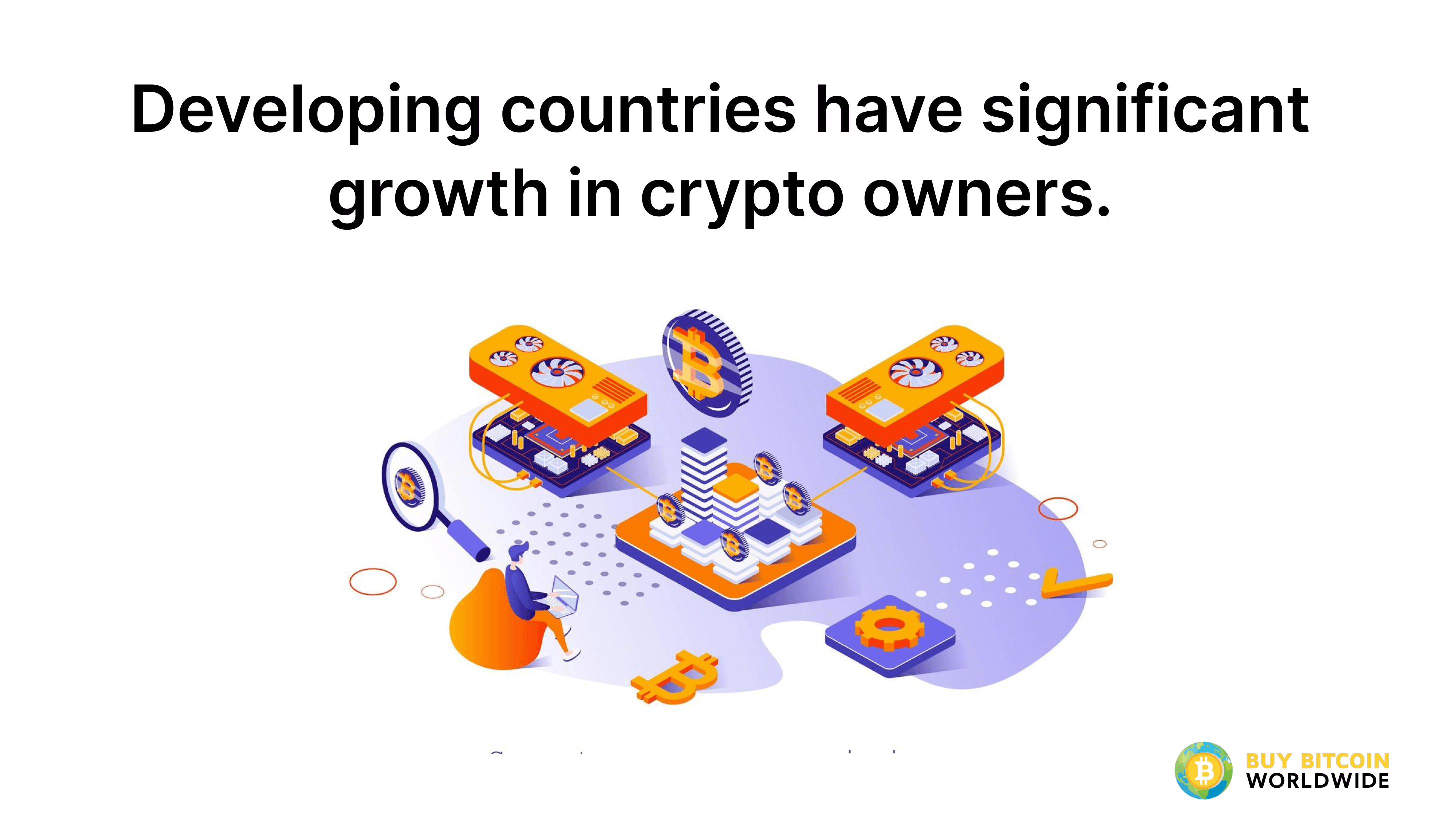 The increase in Bitcoin deposits corresponds with a 15.7% growth rate of global crypto users.

The result is there are more Bitcoin trades, deposits, exchanges, and awareness.

The number of Bitcoin ATMs around the world is growing every year. In 2016, there were just 536 Bitcoin ATMs worldwide, and in 2021, there are 34,219. Major retailers like Walmart have plans to install thousands more Bitcoin ATMs over the upcoming years.

Can a small business accept Bitcoin?

Yes, small businesses can accept Bitcoin and other cryptocurrencies. If you own a small business and want to accept crypto, there are a few steps you should follow: 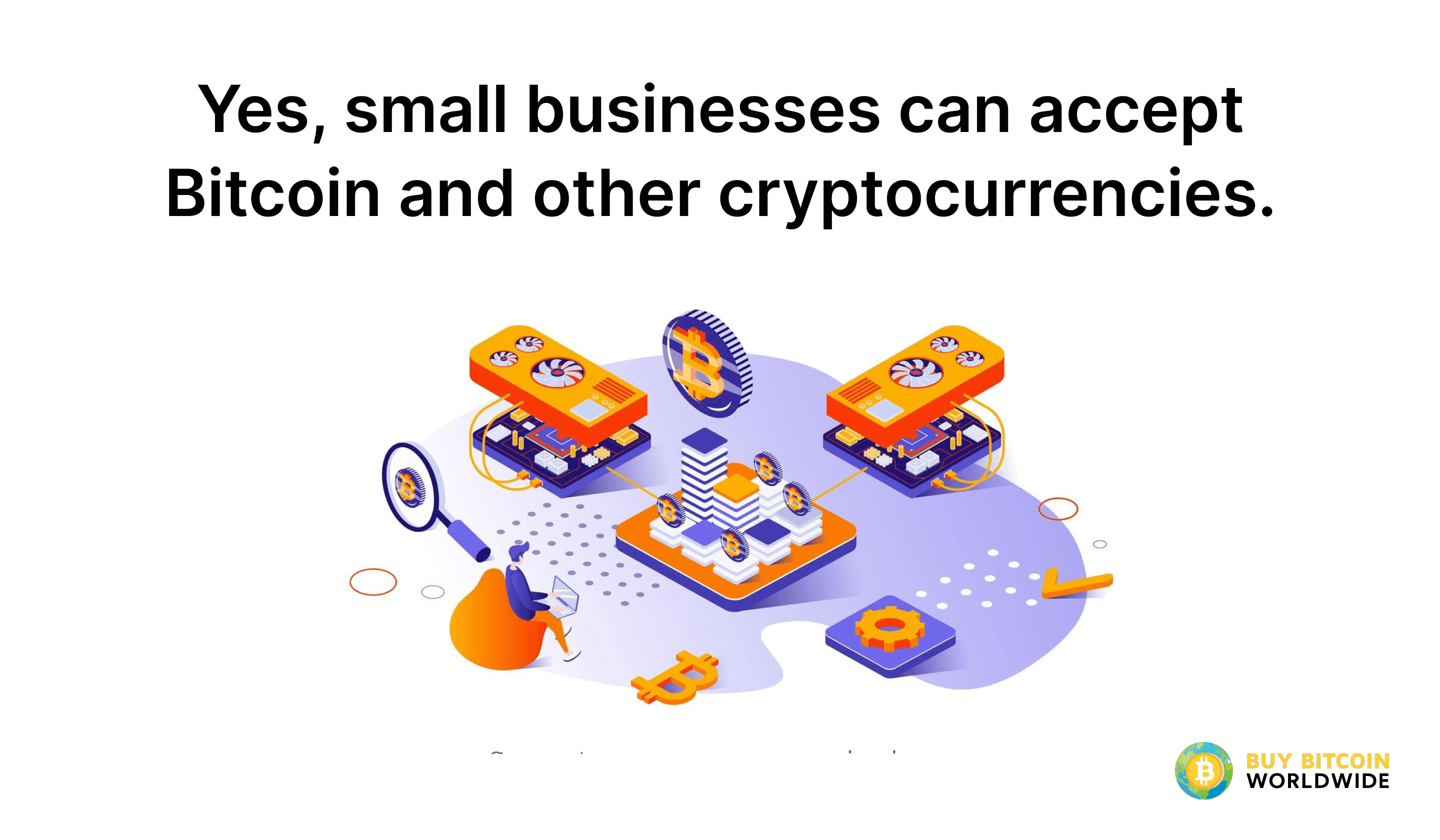 Why do businesses accept cryptocurrencies?

There are a few major benefits for businesses that accept cryptocurrency.

Do all businesses accept Bitcoin?

No, not all businesses accept Bitcoin, however, there are 15,174 around the world that do.

How widely accepted is Bitcoin?

Bitcoin is not widely accepted, as only a very small group of businesses accept bitcoin payments.

As more businesses accept Bitcoin, it will be more common for consumers to purchase goods and services with the leading cryptocurrency. Even today, there are 15,174 businesses around the world that accept Bitcoin, and around 2,300 of those are based in the U.S.