You’re about to see a list of up-to-date Cash App statistics.

We have collected the newest data and statistics on Cash App.

Here’s an overview of what you’ll find on this page:

Let’s dive into the stats. 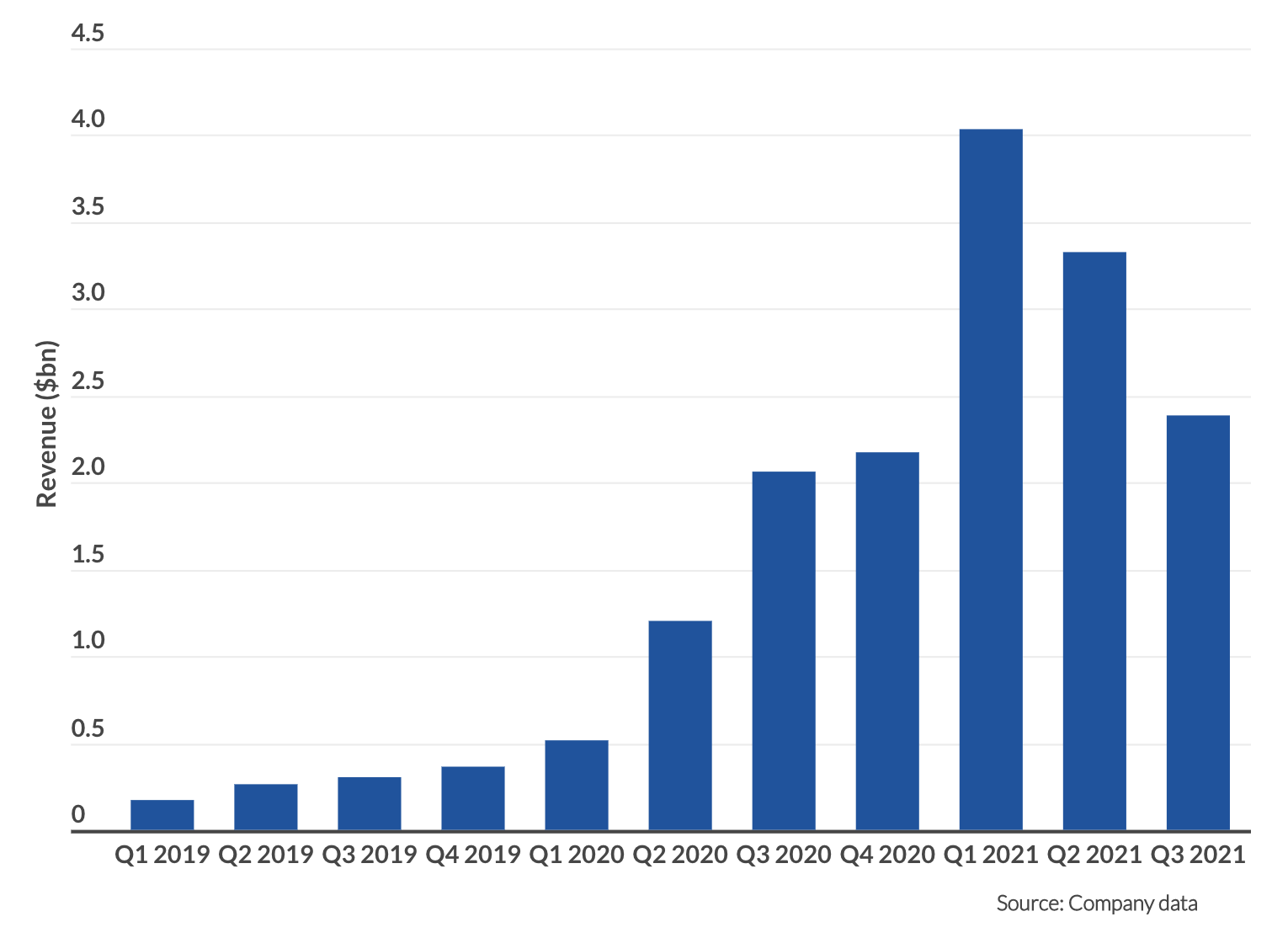 Here is an overview of Cash App's revenue by quarter:

Here is a breakdown of Cash App's annual revenue: 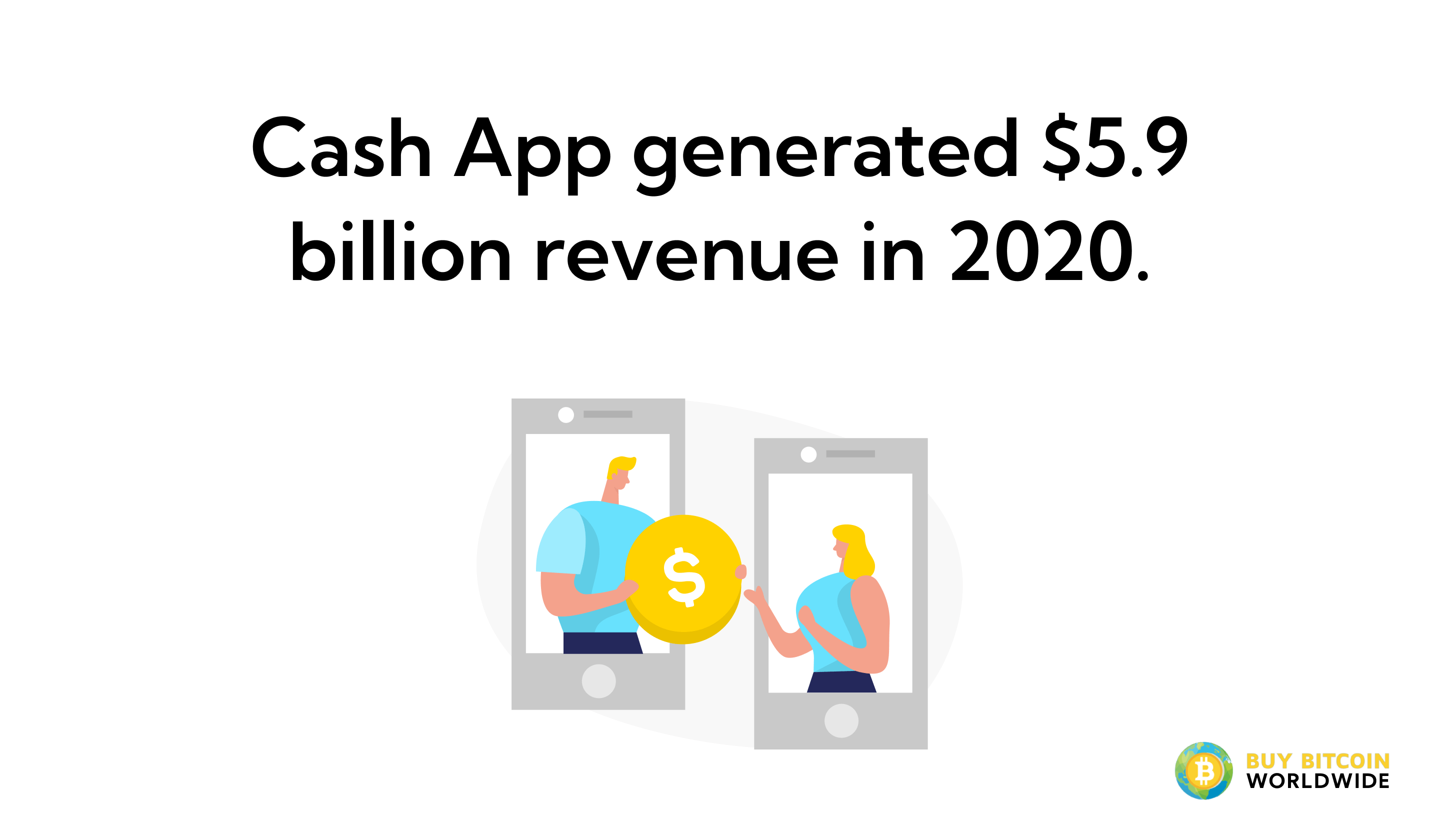 Cash App made over $2 billion in gross profit in 2021, its highest reported annual profit. 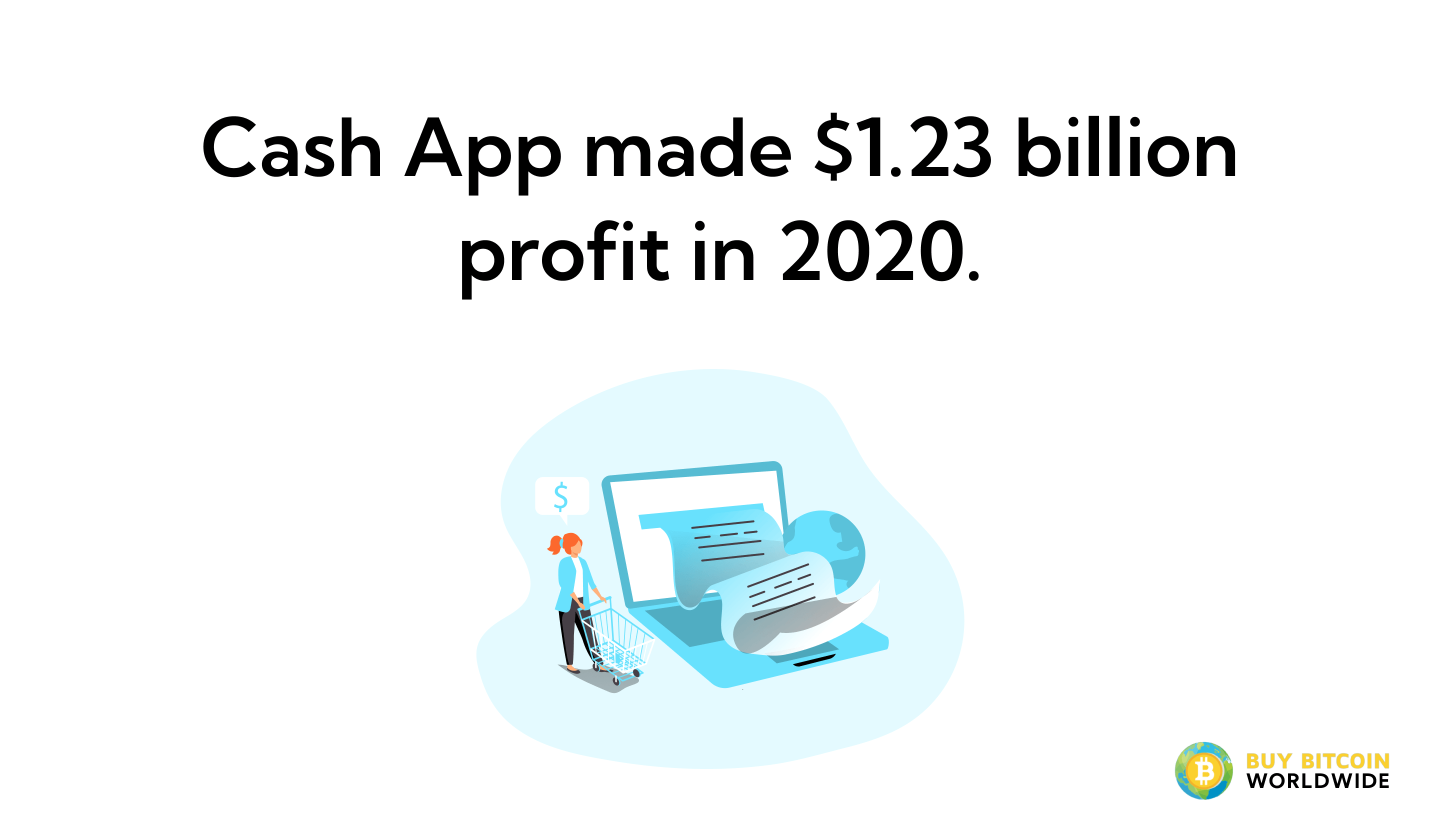 Here is an overview of Cash App's profit year-by-year:

Cash App Users: How Many People Use Cash App? 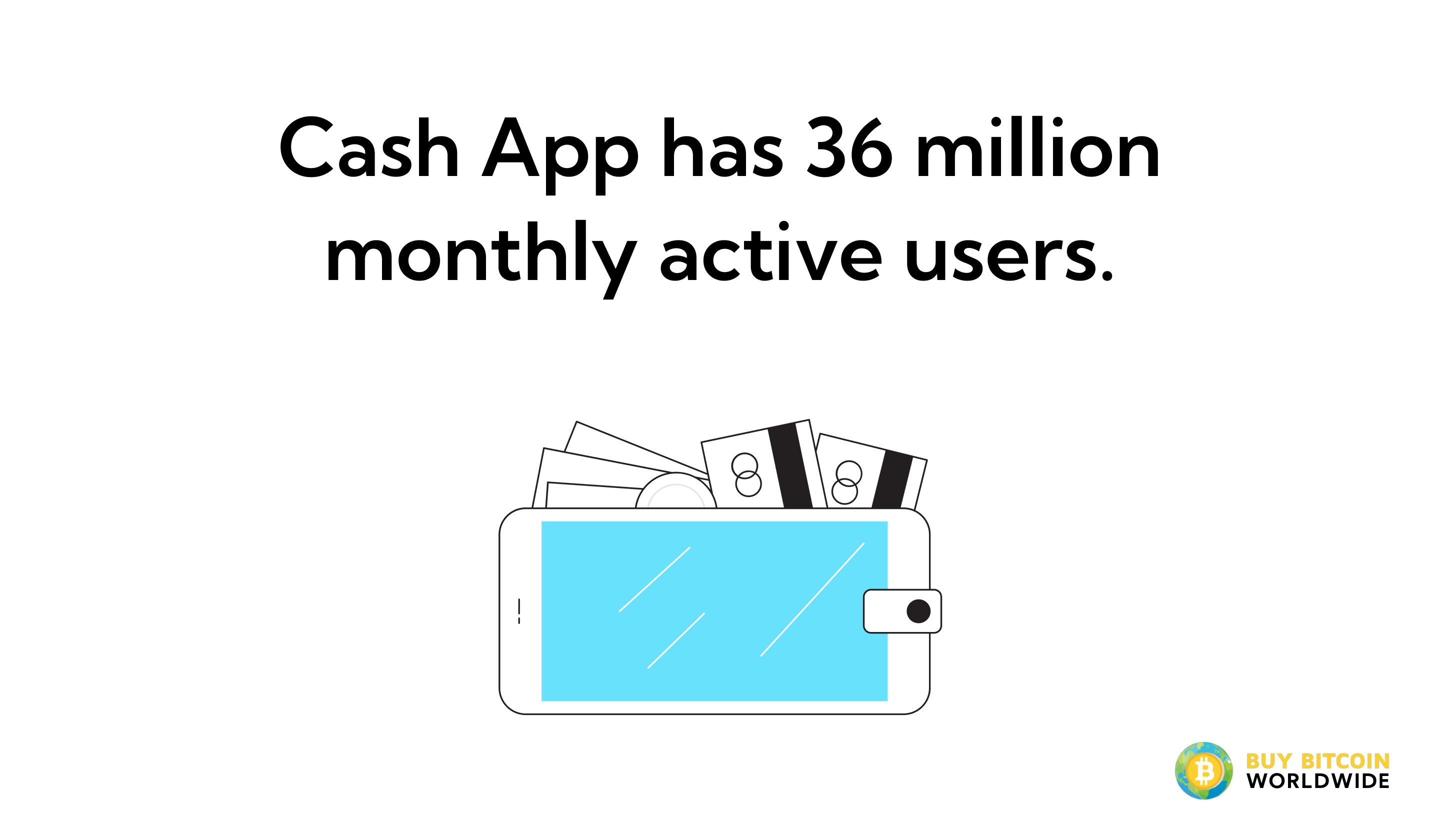 How Many Users Does Cash App Have?

Here is a breakdown of Cash App's users: 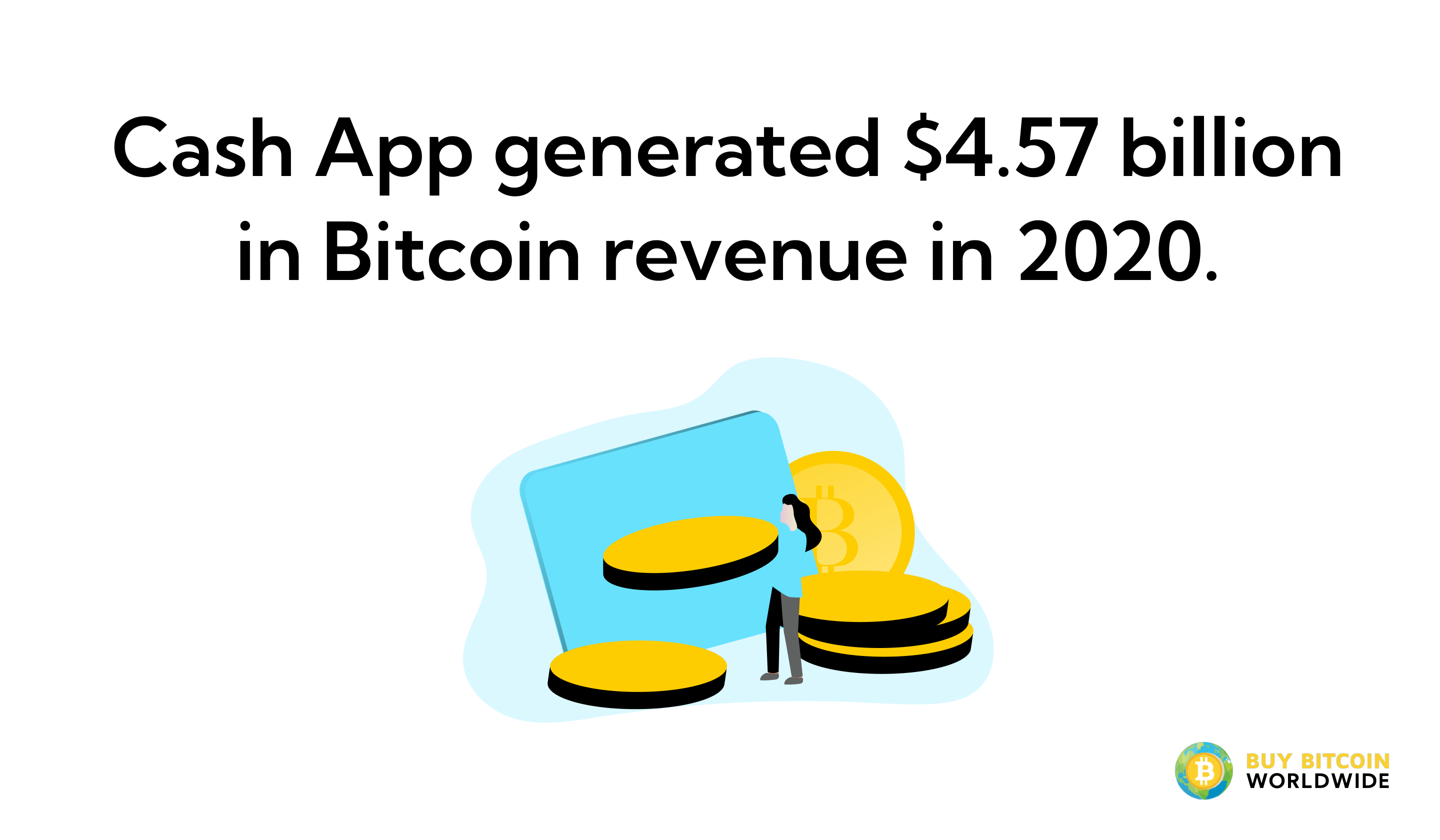 Cash App Valuation: How Much Is Cash App Worth? 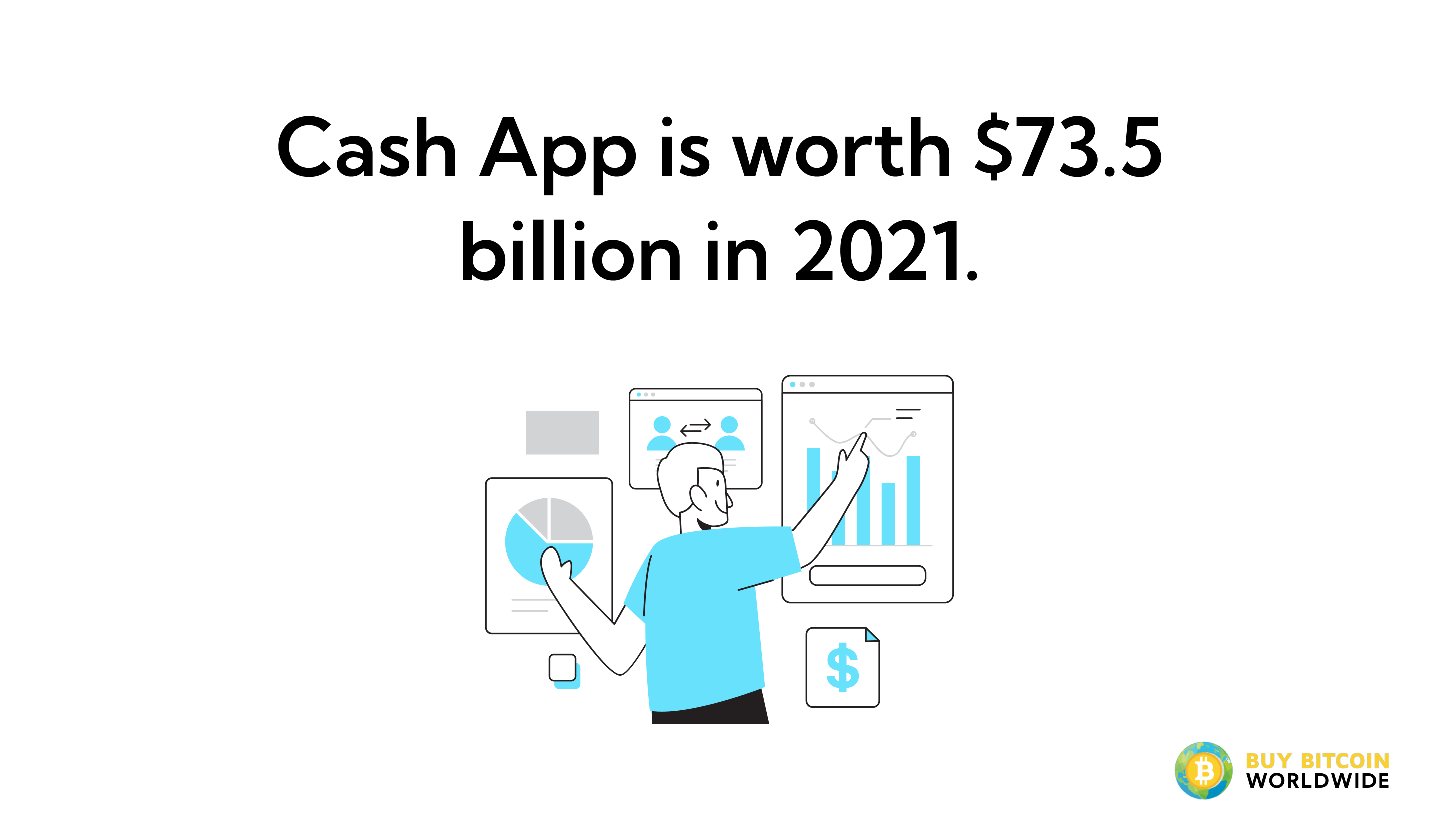 Cash App's valuation is approximately 65% of Square's market cap, its parent company. Previous valuations of $25 billion and $40 billion were calculated in the late 2010s. 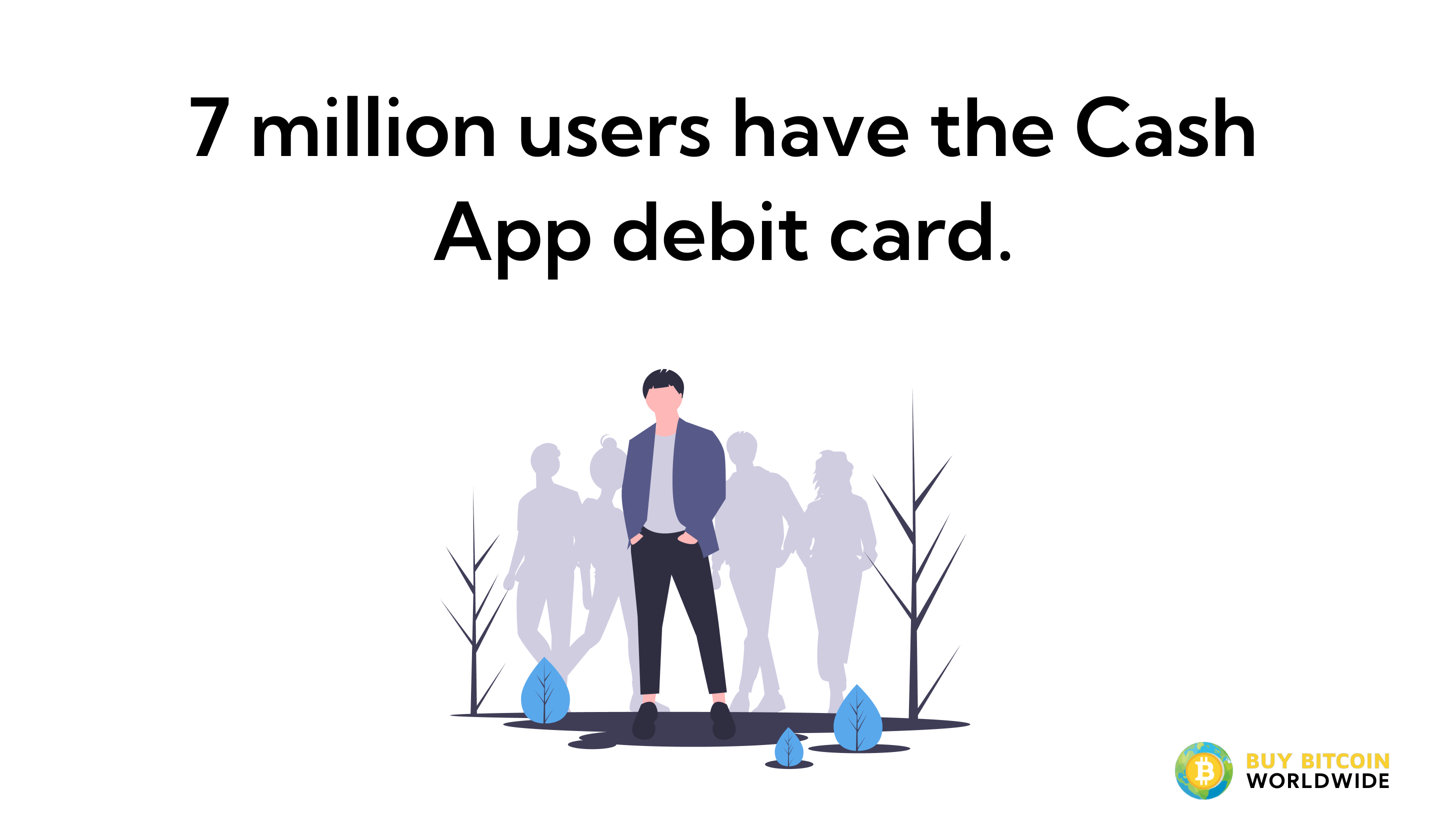 How many people own the Cash App Card?

How much annual revenue does Cash App make per user?

Since its beginning Cash App has been owned by Square Inc. It was never part of any acquisition or merger and has no previous owners. 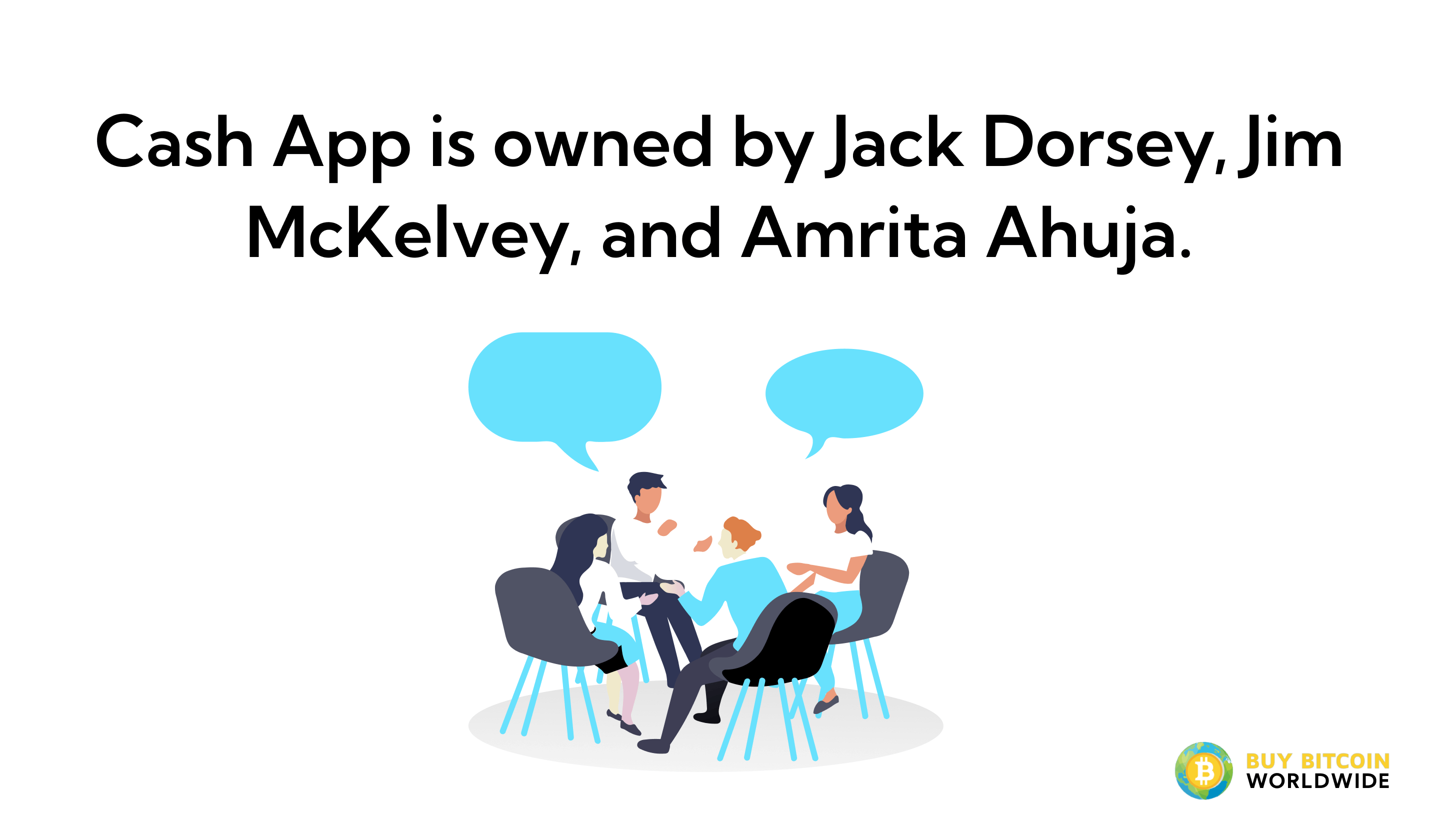 As the CEO of Square, Jack Dorsey owns Cash App and there are 12 total members on its board of directors, including rapper Jay-Z. Jim McKelvey is the founder of Cash App, who with Dorsey, helped build the company into the large platform that it is today.

Cash App's market share has a 48% market share in 2020. It's set to become a leading competitor in the fintech industry, competing with giants such as PayPal and even Western Union. 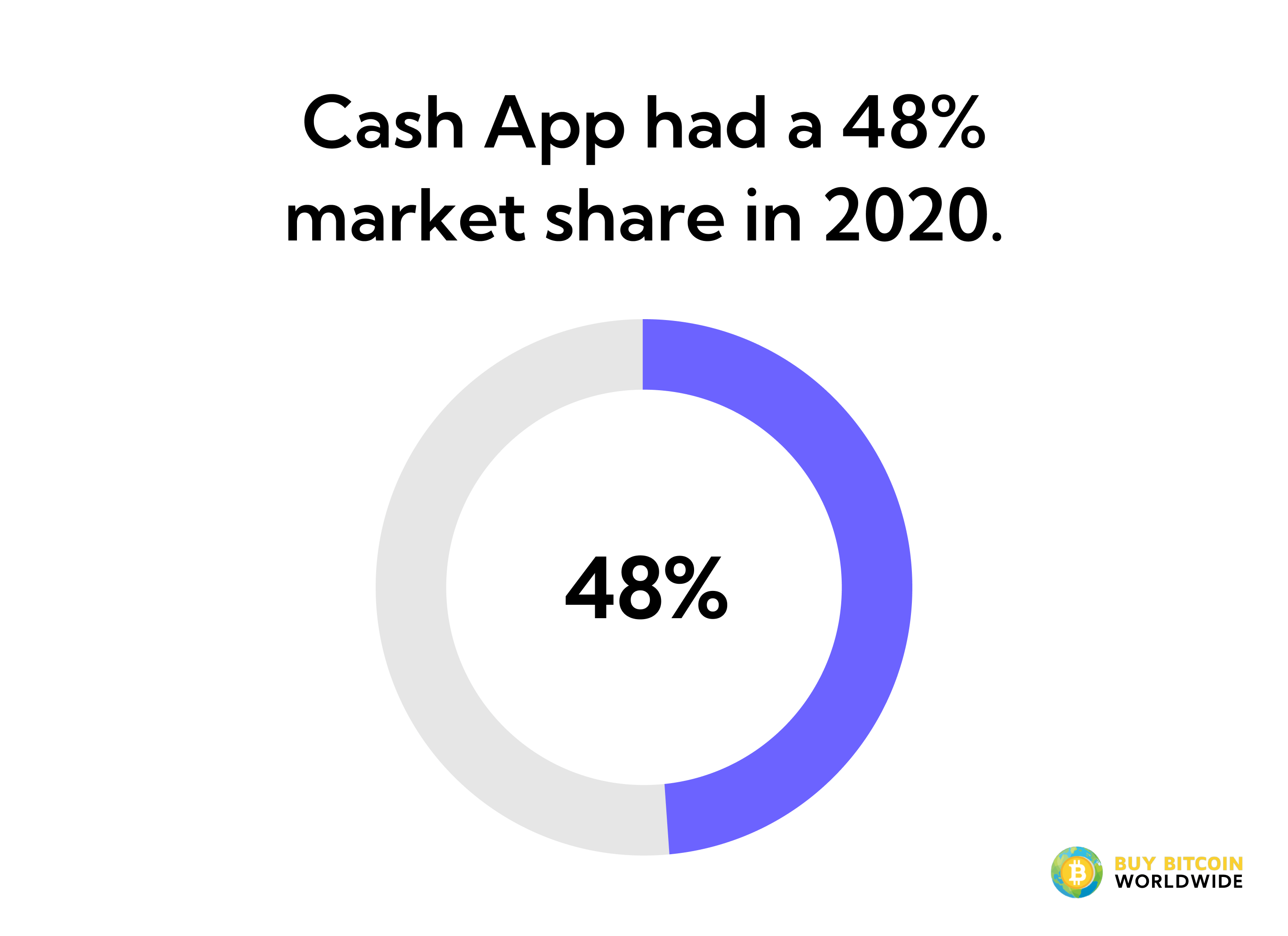 How many people use Cash App?

There are 44 million active monthly users on the Cash App platform.

Better options for sending and receiving money are but a few of the major reasons for Cash App's explosive growth.

Cash App is used by mostly young people and young adults, people that aren't in good standing with other major financial institutions, and people looking for an all-in-one solution for sending, receiving, and withdrawing money.

It services as a tool for investing in shares and can be used to take local and international transactions, both online and in-person.

Cash App has boosted its user count to include people that are curious about the service and wish to open accounts for its investment features.

How much of Cash App revenue comes from Bitcoin?

Bitcoin, while certainly Cash App's primary benefactor for improvements made in the last decade, isn't the only feature that accounts for this.

Another would be its ability to open up investing for people with little experience in the stock market.

E-trading has been around for some time, but most of the platforms featured online weren't very user-friendly and certainly weren't easy for people with no experience in day trading or investing to get into.

But in the last ten years, companies like Robinhood opened the door to groups that aren't interested in small-scale investing, yet didn't know where to start.

Other apps followed, one of them being Cash App. Cash App's investing begins at only one dollar, though users can add more as they wish.

As of now, only three-day trades are allowed per day. Ranging from Monday to Friday during regular trading hours.

As with all e-trading platforms, withdrawn investments can be taxed at the time that they're taken out of the user's account.

Stocks can be sold and bought at the user's will, even during hours where trading isn't open. There are no limits to the number of stocks that can be acquired.

How much have Cash App users stored on the app in total?

Cash App users have stored a total of $1.7 billion on the platform.

What countries is Cash App available in?

Cash App is currently only available in the US and the UK.

How many employees does Cash App have? 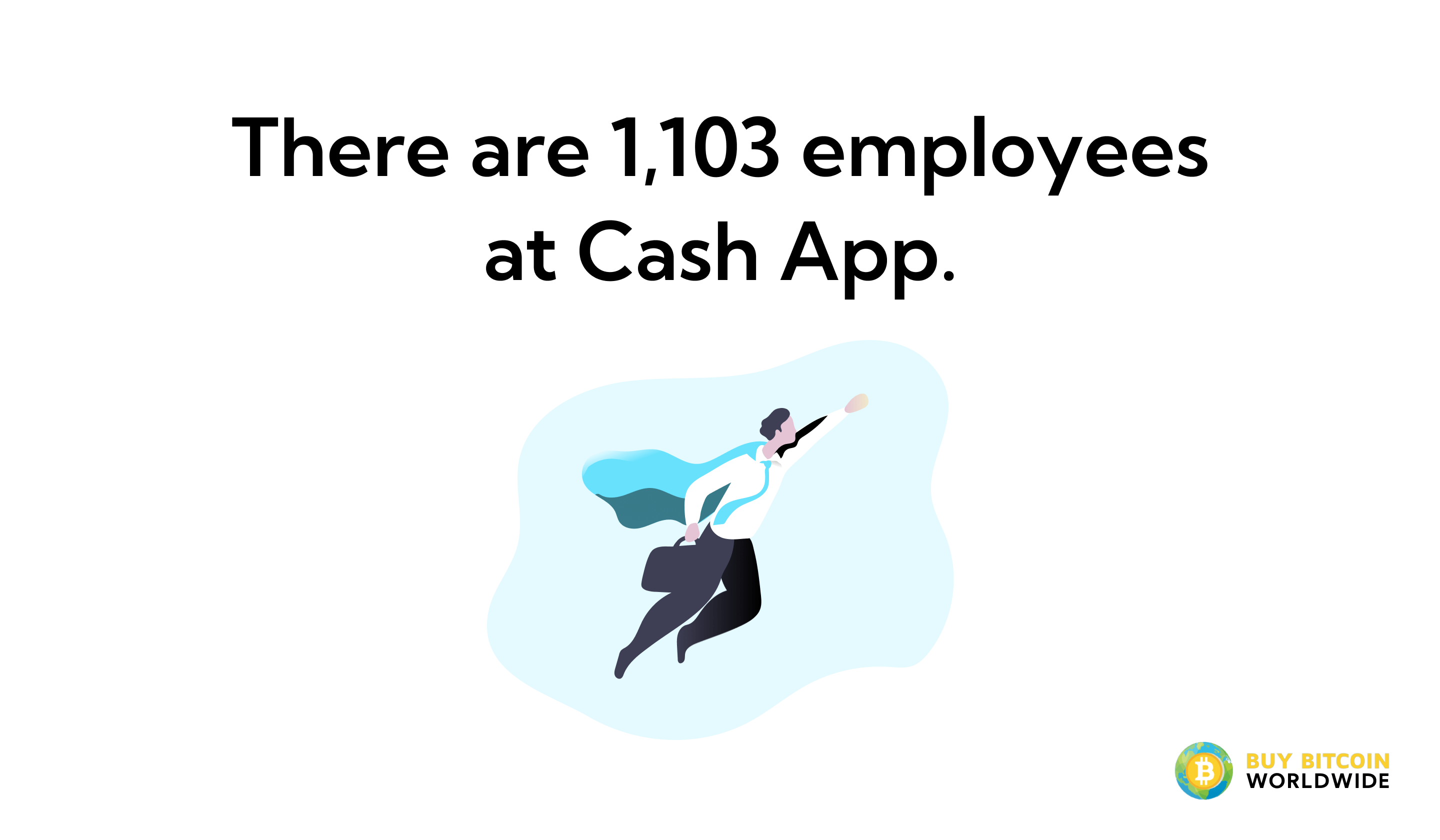 The majority of them work in the Bay Area and Los Angeles metro. There are two facilities housed by the company.

The primary one is in San Francisco and the other near downtown LA. Of course, the employee count may shift over time, but its approximation hovers around 1000.

In the future, these numbers could grow, particularly if Square pursues its interest in Bitcoin mining and expansion to other countries outside of the US and UK.

Cash App's growth can be summed up in one word: innovation. It has embraced Bitcoin and because of that, has seen growth that's exceptionally better than its early years in the 2010s.

Soon, expansion could reach more users and harbor services that result in the platform being a single hub for trading, investing, and saving money.