We may receive advertising compensation when you click certain products. Before jumping into this page, an important disclosure.

Bits of Gold is a Bitcoin broker in Israel. You can buy Bitcoin directly from the company with bank transfer, cash, or credit card. The fees for buying with Bits of Gold are higher than Bit2c, but it is easier to use for first-time buyers. They also operate a Bitcoin ATM in Tel Aviv which requires no identification and charges a 5% fee.

Ease of Use
Hard

Ease of Use
Average

You can use our Bitcoin ATM map to buy bitcoins with cash. Bitcoin ATMs can be a quick and easy way to buy bitcoins and they're also private. That convenience and privacy, however, comes with a price; most ATMs have fees of 5-10%.


In March 2022, Bank Leumi, one of the largest banks in Israel, announced plans to support cryptocurrency trading on its digital platform, Pepper Invest. Transactions must be at least 50 shekels ($15.49) and initially only Bitcoin and Ethereum cryptocurrenices will be supported.

Israel's top markets regulator, Capital Markets Authority, granted one of the first licenses to Bits of Gold in September 2022. This allows Bits of Gold to work with financial institutions and banks to provide their customers with the ability to purchase and manage crypto assets.

Few countries have embraced Bitcoin quite like Israel. And that isn't really all that surprising. Israel, and especially its modern tech hub Tel Aviv, is one of the most advanced economies in the world, making it stand out from its neighbors in the middle east who often struggle to quell civil war and maintain property rights. 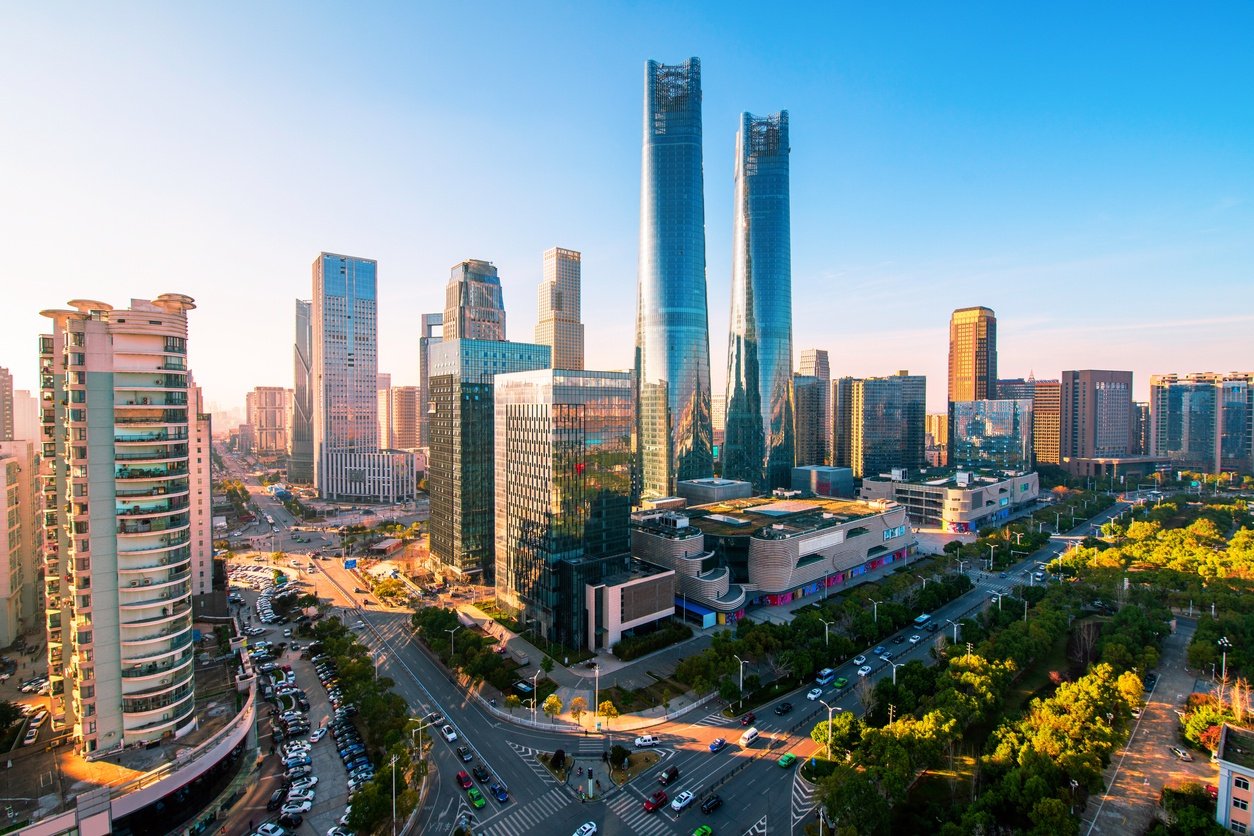 These are just a few points in Israel's favor for being a major country to look out for going forward.

One of the easiest ways to buy Bitcoin in Israel, though, is through cryptocurrency exchanges. There are several exchanges offering Bitcoin in Israel, allowing you to easily select one based on your requirements and preferences using our guide. Different exchanges have different transaction fees, withdrawal limits, payment modes, and verification processes that need to be kept in mind before users select one.

Additionally, Bitcoin buyers need to keep in mind that certain exchanges might require you to get a wallet of your own before being able to buy the digital currency. Even if there is no requirement, it is recommended to have a wallet of your own for security reasons (preferably a hardware wallet).

Another way to buy Bitcoins in Israel is through automated teller machines (ATMs). These ATMs allow users to instantly purchase and sell cryptocurrency using cash, and most of them don’t require any verification either, thereby ensuring the buyer’s anonymity.

There are three main types of Bitcoin wallet and all of them are supported in Israel:

Electrum is a Bitcoin-only wallet that has been around since 2011. It's easy to use, but has advanced features.

How to Buy Ethereum in Israel


Ethereum (ETH) has established itself as the second most popular digital currency, after Bitcoin. Its smart contract features allow unique apps to be built on top of its platform. Below you will find exchanges in Israel that allow you to buy ethereum. Once you buy, you should withdrawal your ETH directly to your own crypto wallet.

How to Buy Litecoin in Israel


Litecoin (LTC) is one of largest cryptocurrencies by market cap. Below you can find a list of brokerages in Israel that allow you to buy litecoin and other crypto assets for good exchange rates.

In August 2021, the Ynet news outlet reported that Israeli resident Afek Zard was convicted of embezzling cryptocurrency and sentenced to 8 years in prison. The crypto, valued at an estimated 22 million Israeli shekels ($6.8 million), belonged to his neighbor and friend, Alexei Yaromenkoan. Apparently, Zard had access to Yaromenkoan’s apartment and then hacked into his computer in order to gain access to Yaromenkoan’s digital wallet. Zared, who maintains his innocence, was not cooperative with the investigation and refused to provide access to his computer and phone. Zard was convicted of all alleged offenses that also include hacking into computer equipment, money laundering, fraud, and income tax violations.

In May of 2020, the Commodities and Futures Exchange Commission charged Israelis Tal Valariola and Itay Barak of Digital Platinum Ltd. with helping US firm All In Publishing with falsely promoting binary options products to American Citizens.

The CFTC claims Digital Platinum knowingly used false customer success stories to create unrealistic expectations of returns on these products, resulting in millions of dollars of investment. The defendants are facing 4 counts of options fraud and another count of CTA fraud.

In August 2019, an unknown man going by the pseudonym Alexij took a job at a call center in Kyiv, Ukraine selling binary options products for a company called The Milton Group. From the early days on the job, this man noticed some very peculiar and fishy behavior about the company and very early on contacted and worked with authorities as an under-cover mole. He smuggled out documents and recordings of the company's activities and gave them to law enforcement to make a case. In March of 2020, the scam was exposed and the organizers of this scam,a group of Israeli nationals, were arrested and charged.

In February of 2019, 450,000 Coinmama users had their usernames and passwords leaked onto the dark web. Fortunately, no coins of any kind were lost, and users who had two factor authentication enabled would have likely been protected anyway.

The hack appears to have been the work of a much larger attack on many other non-crypto related platforms such as MyFitnessPal and the Coffee Meets Bagel dating site. All of these sites used PostgreSQL database software and all seem to have fallen victim to the same vulnerability. A hacker (or group of hackers) seem to have discovered this vulnerability and exploited it on as many sites as they could.

Because Coinmama acted so fast to inform users to reset their passwords, hackers did not have time to fully exploit the leak, making the leaked data out of date.


Breaking: #Coinmama hacked and 450,000 users were effected. Make sure you change your passwords if you used the site to buy Bitcoin. pic.twitter.com/2w1OyXmpoe


Does Coinbase work in Israel?

Coinbase does NOT support customers in Israel as of September of 2020.


Where Can I Find a Bitcoin ATM in Israel?

You can find Bitcoin ATMs in the city ventre in Netanya, the wine-baair in Herzilya, the Bitcoin change and Bitcoin embassy in Tel Aviv, and the Bitmarket and the Manhattan Change in Jerusalem.

You can use our Bitcoin ATM finder tool to find the one nearest you.

What is the price of Bitcoin in Israel?

Bitcoin prices are changing every second.

The best way to find the most up-to-date price of Bitcoin is to check out our Bitcoin price page.

What is the best Bitcoin debit card for Israel?

There are currently no cards available that support ILS purchases. Most of the well-regarded Bitcoin debit cards on the market are mainly targeted at USD, GBP, and EUR users. Anywhere in Israel that will accept charges for these currencies will support cards for Wirex and Bitpay, as well as many others.

What stores accept Bitcoin in Israel?

Bitcoin is accepted at lots of stores and service providers all over Israel. So many, in fact, that we couldn't possibly list them all here. However, you can find specific kinds of services and goods filterable on a map over at coinmap.org. 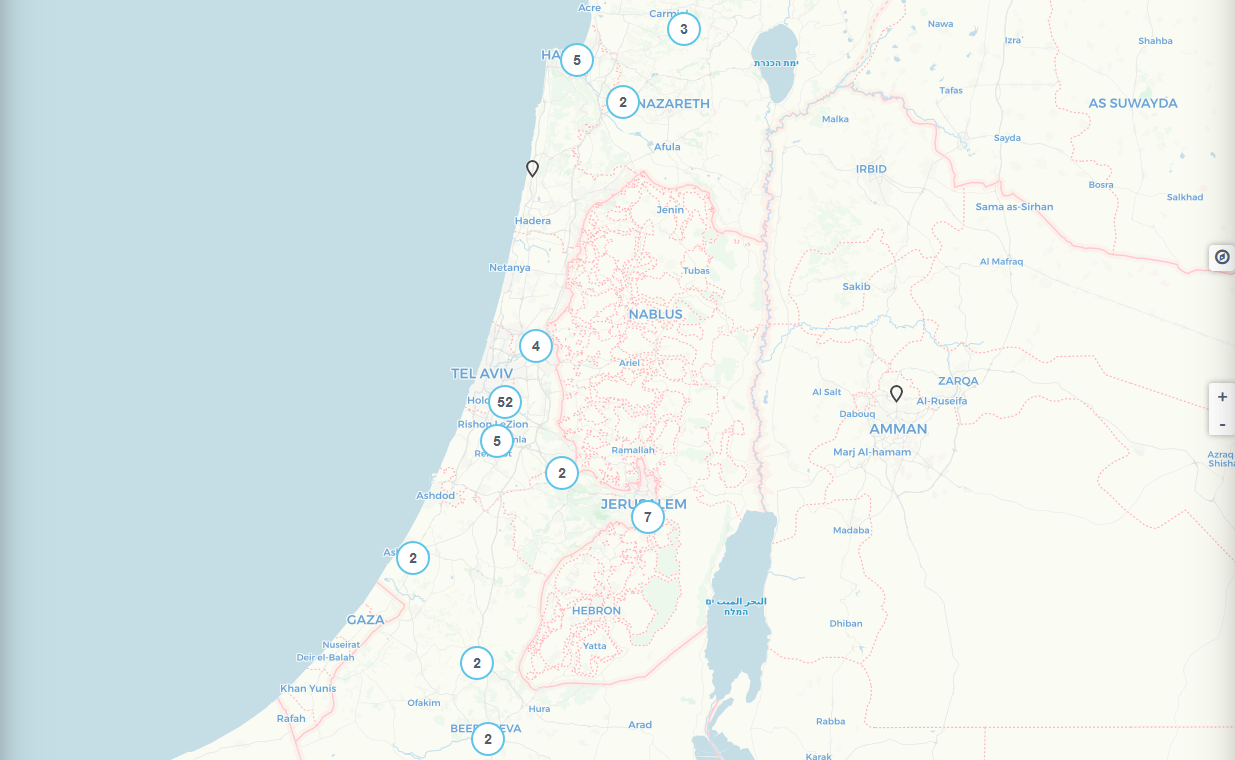 The numbered areas indicate the amount of establishments that accept Bitcoin

How do I cash out of Bitcoin in Israel?

Any exchange with an Iraeli Sheqel trading pair will allow you to sell your Bitcoin for fiat currency. Coinmama has ILS trading pairs for many popular coins.

Another way to buy Bitcoins in Israel is through automated teller machines (ATMs). These ATMs allow users to instantly purchase and sell cryptocurrency using cash, however most of them require at least a phone number, so they aren't totally private.

LocalBitcoins is another option. Here, you can buy and sell Bitcoin for a wide range of payment methods, from gift cards to bank transfers. LocalBitcoins is a peer-to-peer (P2P) exchange, where you buy and sell with another individual. This does introduce a degree of risk, though by ensuring that you conduct all business on the platform, make use of its escrow services, and only trade with users who have a good reputation, you'll minimize any potential problems.

You could also use a service like eGifter to sell your Bitcoin for gift cards.