Contrary to popular belief, HODL in Bitcoin does not mean “Hold On for Dear Life”.

The HODL term in Bitcoin originated on the Bitcointalk.org forum in 2013.

A user on the forum named GameKyuubi was drunk and made a typo.

As the Bitcoin price was crashing, he wrote “I AM HODLING” instead of “I AM HOLDING”. 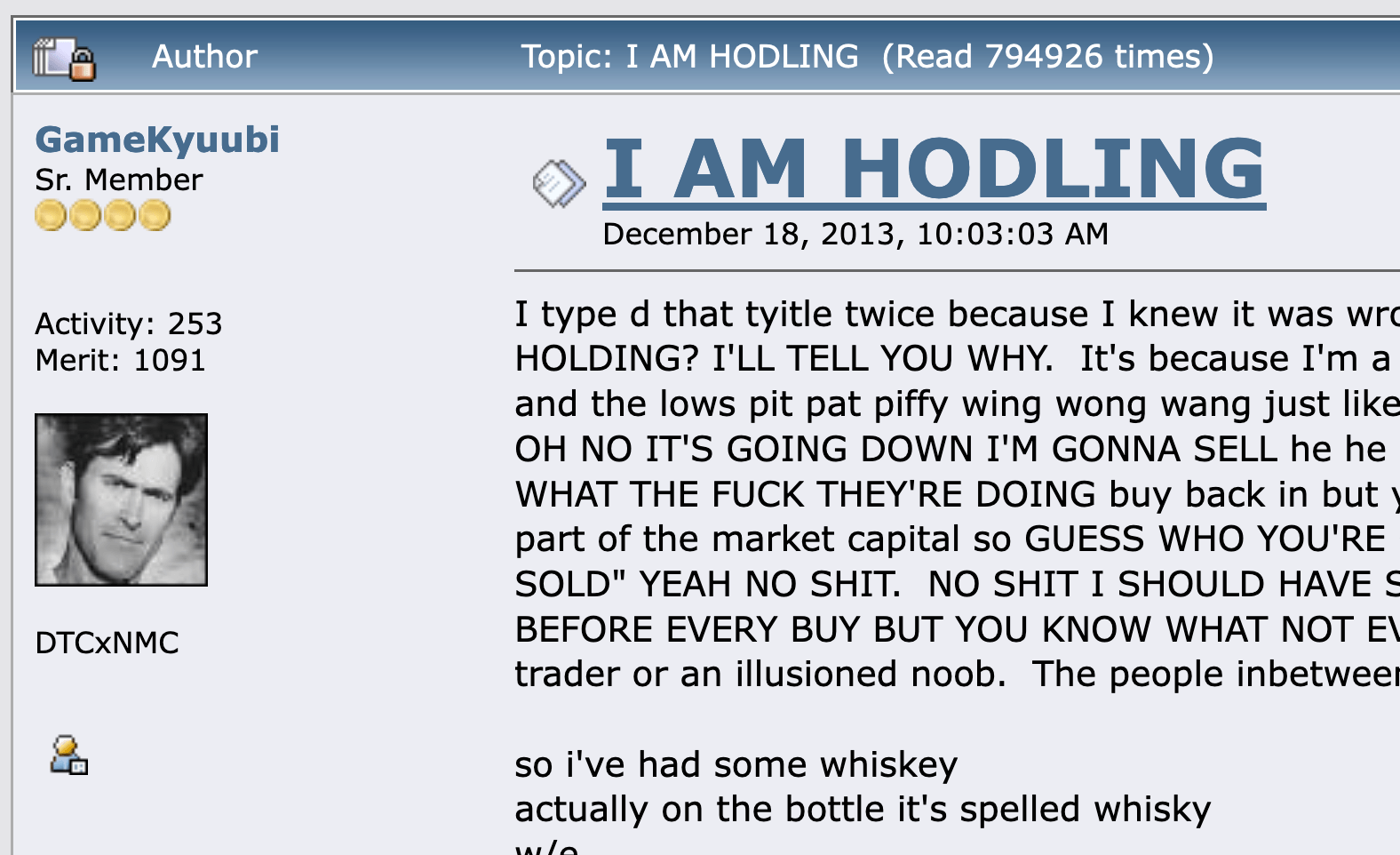 This is when the HODL Bitcoin term was born.

Here is the full text of Game Kyuubi’s post:

A full text of the HODL post on Bitcointalk.org

I type d that tyitle twice because I knew it was wrong the first time. Still wrong. w/e. GF’s out at a bar, BTC crashing WHY AM I HOLDING? I’LL TELL YOU WHY. It’s because I’m a bad trader and I KNOW I’M A BAD TRADER. Yeah you good traders can spot the highs and the lows pit pat piffy wing wong wang just like that and make a millino bucks sure no problem bro. Likewise the weak hands are like OH NO IT’S GOING DOWN I’M GONNA SELL he he he and then they’re like OH G-D when the SMART traders who KNOW WHAT THEY’RE DOING buy back in but you know what? I’m not part of that group. When the traders buy back in I’m already part of the market capital so GUESS WHO YOU’RE CHEATING day traders NOT ME~! Those taunt threads saying “OHH YOU SHOULD HAVE SOLD” YEAH NO. I SHOULD HAVE SOLD. I SHOULD HAVE SOLD MOMENTS BEFORE EVERY SELL AND BOUGHT MOMENTS BEFORE EVERY BUY BUT YOU KNOW WHAT NOT EVERYBODY IS AS COOL AS YOU. You only sell in a bear market if you are a good day trader or an illusioned noob. The people inbetween hold. In a zero-sum game such as this, traders can only take your money if you sell.

so i’ve had some whiskey. actually on the bottle it’s spelled whisky. w/e. sue me. (but only if it’s payable in BTC)

The first of many people responding saying "HODL!"

The rest of the forum responders all started saying “HODL!” and the term took off in popularity.

He was certainly right!

Another user posted a picture of this meme: 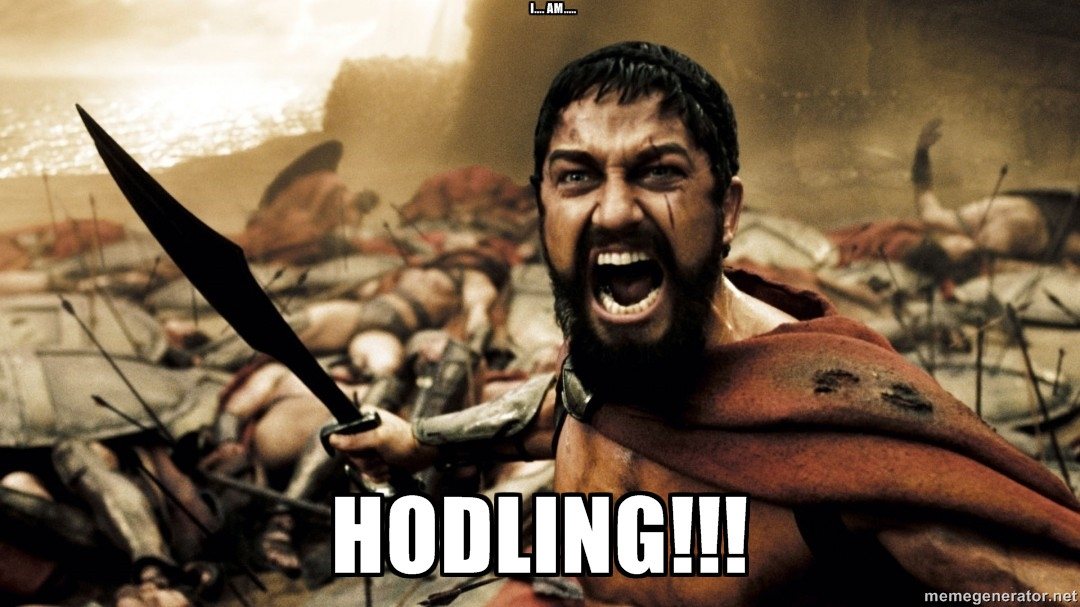 The original thread by GameKyuubi now has over 2,600 replies. GameKyuubi for sure has his place in Bitcoin history!