How Long Do Bitcoin Transactions Take?

More and more people are turning to Bitcoin as another option for their developing portfolio. This digital currency is decentralized and free of a single administrator or central bank influences.

It is traded without intermediaries through various peer-to-peer platforms, such as wallets.

With the increasing popularity of Bitcoin, more people are looking to get educated on transactions and how long they take. Here are a few things to consider along the way.

Bitcoins are not physical coins or slips of paper. They exist only virtually through transactions that get legitimized on a public ledger called a “blockchain” that is secured through a process called mining.

In essence, they are a cryptographically secured history of signatures. Put differently, they are a summary of transactions secured by a public key. You can use private keys to send value to other public keys. 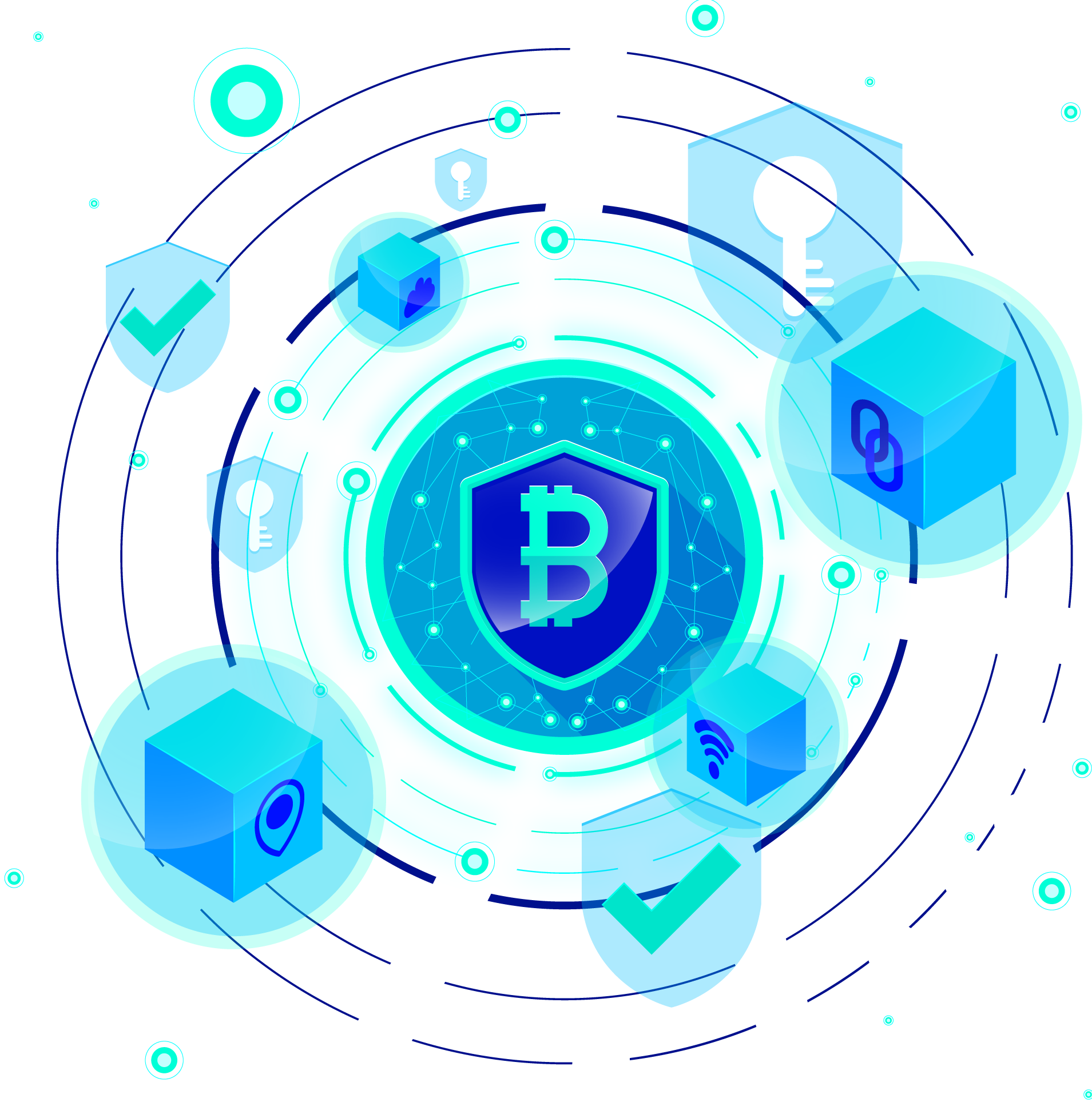 Because of the process, technology, and effort, Bitcoins are often subjected to fees. These transaction fees are used to keep the queue prioritized. The fees are called “satoshis per byte.” Transactions are generally more than 200 bytes, and satoshis are only a hundred-millionth of a Bitcoin.

These fees aren’t obligatory, but they are paid to incentivise miners to process a transaction quickly. The fees are set by the user making the block of data to be mined. There are traffic ebbs and flows, and these rates can depend greatly on the wait time.

Getting accustomed to the ins and outs of Bitcoin transactions doesn’t have to be challenging. Watching trends and reading will help give you an idea of what will occur. The following will help you understand what to expect from transactions in terms of processing time.

How Long Do BTC Transactions Take? 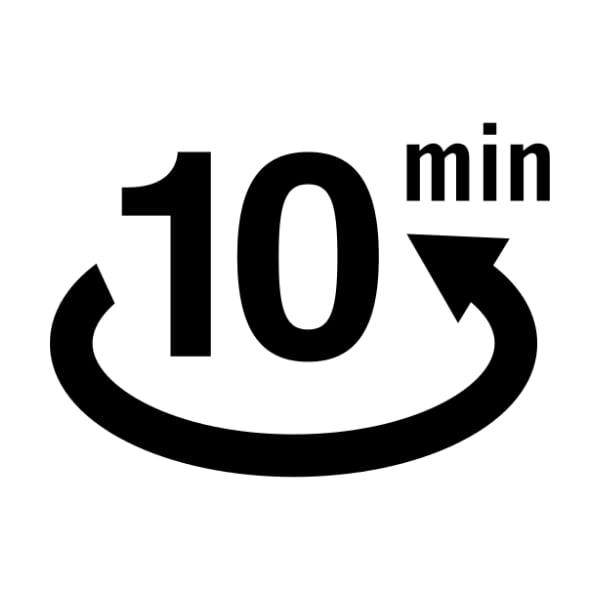 If several hours have passed without your Bitcoin transaction being confirmed, just wait. If more than 72 hours have gone by without confirmation, resend your transaction.

In general, Bitcoin transactions will be confirmed between 10 minutes and over a day later. The two biggest influences on the confirmation time are the amount of transaction fees and the activity on the network.

On average, a confirmation will take about an 10 minutes, however some merchants require many confirmations before they consider the money sent. 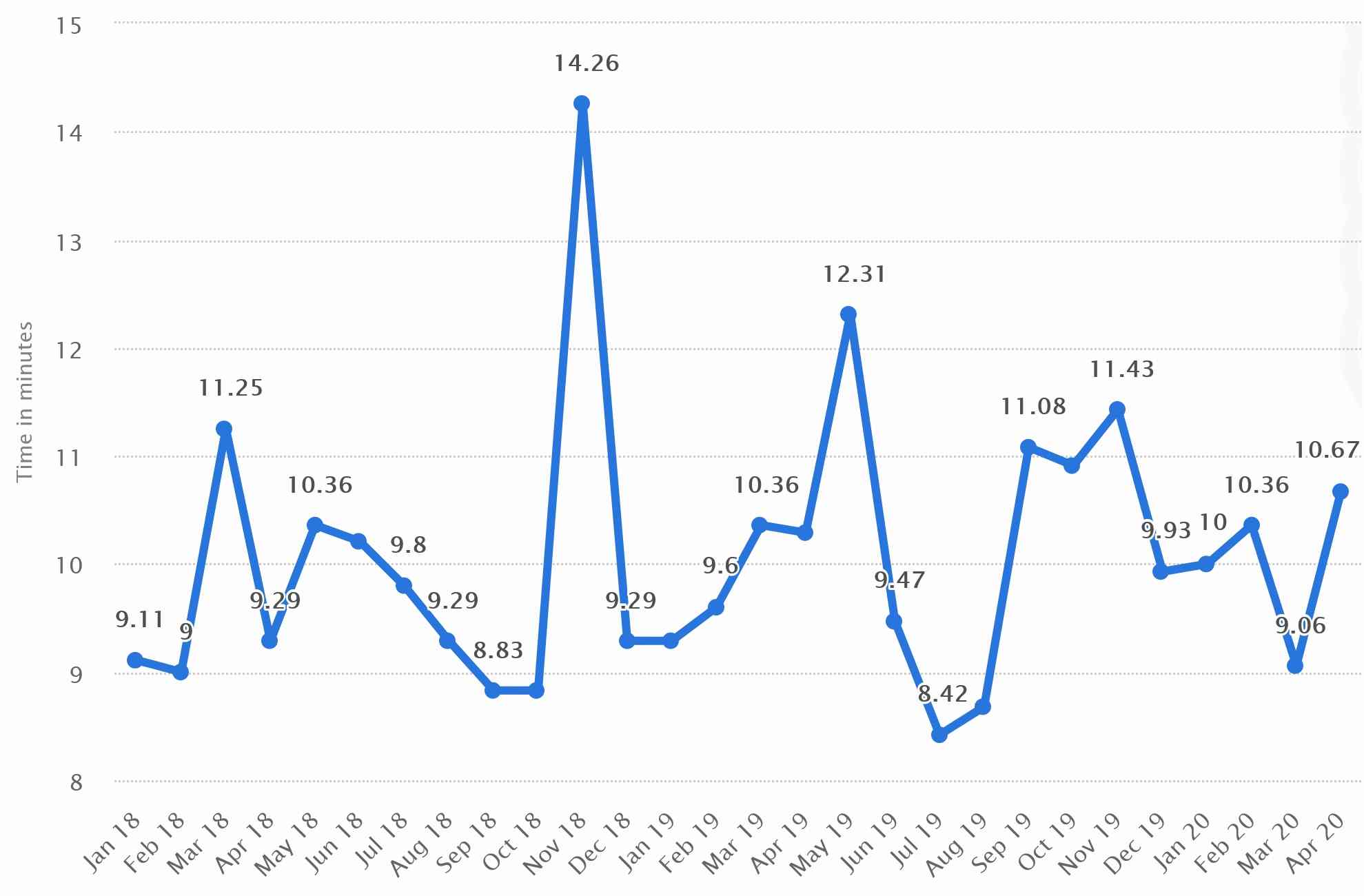 Transactions take place in three-part messages. They are composed of input, amount, and output. The input is the code that explains how the Bitcoins entered your public key. The amount is the number of Bitcoins being transferred, and the output is the address or public key to where they are being sent.

This message is sent to the blockchain. Once received, miners or data-crunchers will start to verify the transaction. The background on miners and the work they do is very complicated, but in short, they solve very difficult math problems and create transaction histories through signatures for the Bitcoins being transferred.

How Long Does It Take to Transfer Bitcoin in Between Wallets? 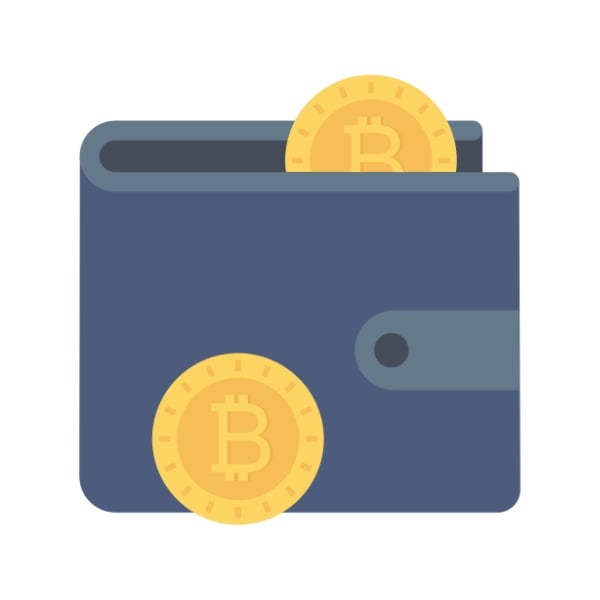 The amount of time it takes to transfer between wallets will vary with each transaction. Each Bitcoin transaction needs to be network-approved before completion.

The standard set by the Bitcoin community is six transfer confirmations before it is complete. Each confirmation can be expected to take about 10 minutes, thus getting an average of one transaction per hour.

Transactions are prioritized by miners according to the fee they receive when confirming them. If you pay a higher fee, you are more likely to secure a miner to process it, therefore decreasing the processing time. 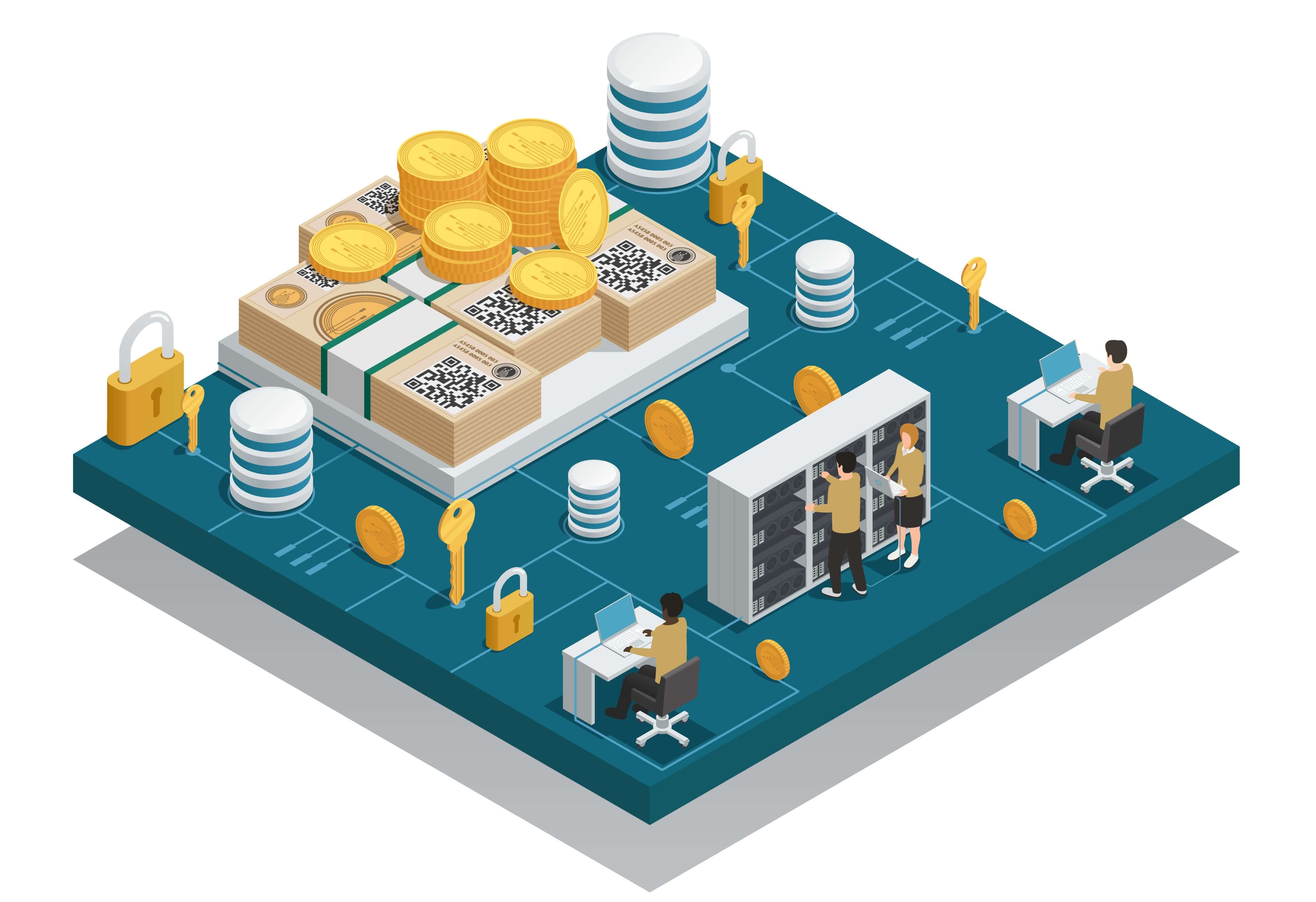 Bitcoin’s recent spike in popularity has caused network congestion. Recently, the average time for a single confirmation has slowed down to between 30 minutes and even more than 16 hours in rare cases.

The Bitcoin community is a bit divided on how best to handle the issues with scaling. Some, mainly Bitcoin Cash fans, believe a larger block size is the solution. This would allow for more transactions per block.

There is also some debate about such improvements as Lightning Network and Segregated Witness (SegWit), specifically their potential to increase network speed without increasing block sizes. 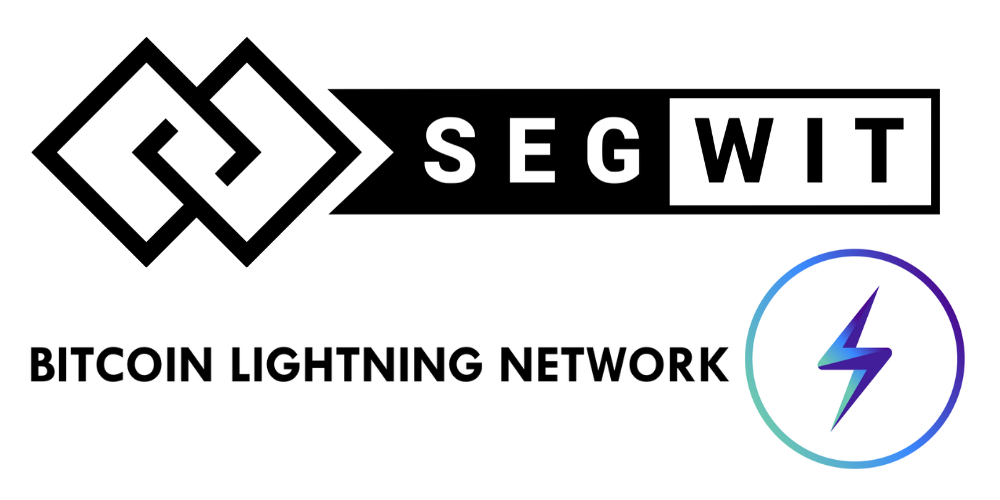 Why Was 10 Minutes Picked as the Block Time?

Satoshi Nakamoto, the creator of Bitcoin, chose 10 minutes as the block time with efficiency in mind. It was considered a trade-off between the amount of work wasted on chain splits and the time it takes for new blocks to propagate large networks.

It takes time for other miners to learn about a block after it is mined. Until then, the miners are not adding to the new block but instead competing against it. If another miner used the old blockchain to base a new one, the network only accepts one, and one miner’s work gets wasted.

Time it takes to propogate block to 3k nodes based on blocksize.

So, if a new block is learned about by miners in about one minute, and new ones come out every 10 minutes, the overall network wastes about 10 percent of the work. Adding time between blocks decreases the waste.

Why Is My Bitcoin Transaction Taking So Long? 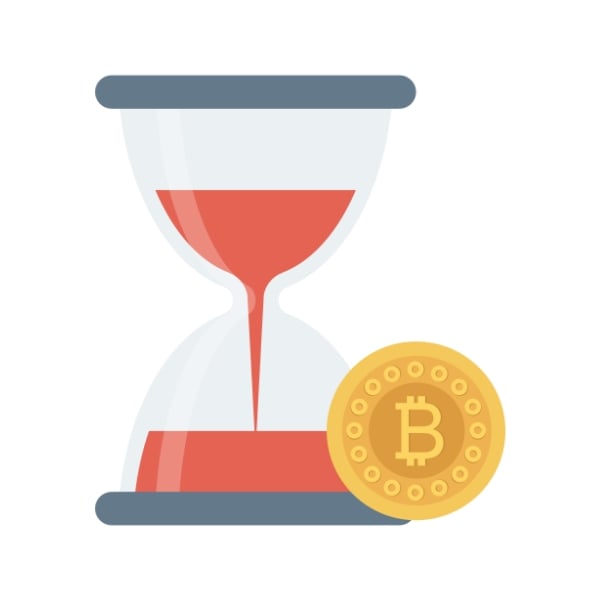 Bitcoin is currently experiencing a spike in network traffic because of the higher demand for transactions per block.

These blocks have limited size, so when transactions exceed the block capacity, they get stuck in a queue (known as the ‘mempool) for Bitcoin miners to confirm. 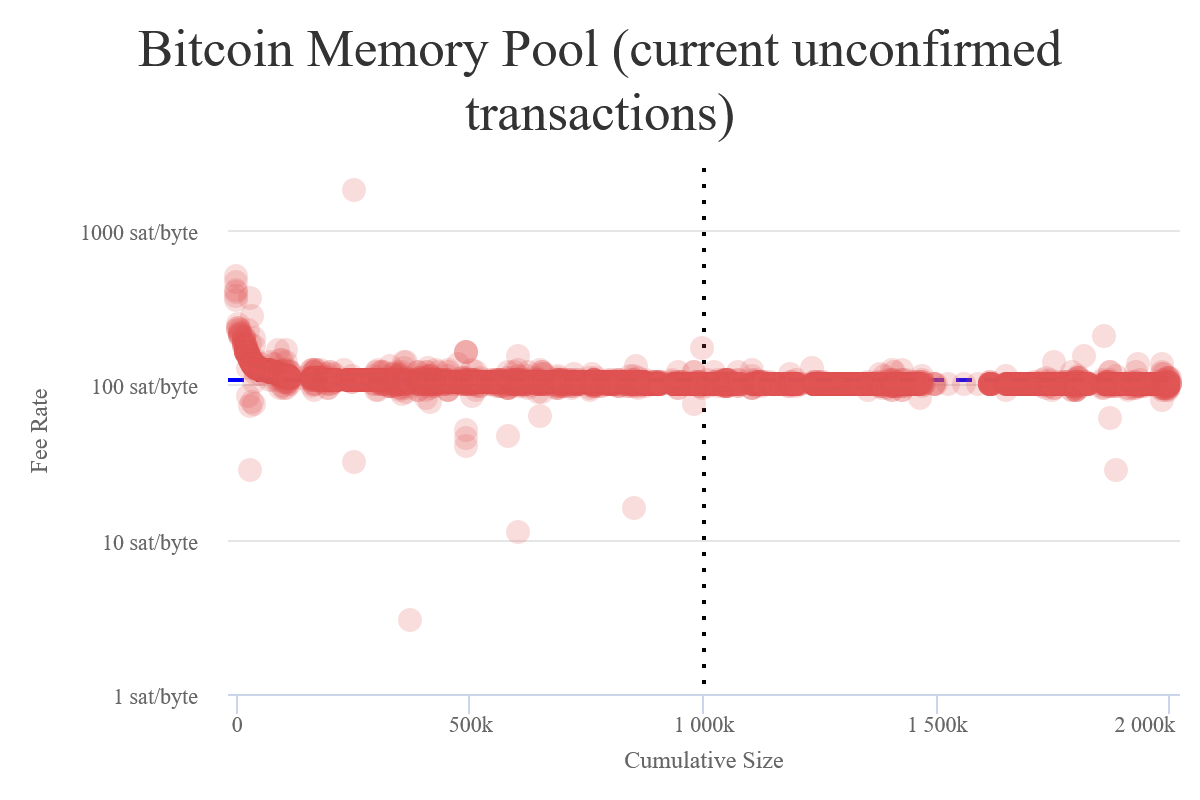 It is important to consider that Bitcoin is a peer-to-peer system and user-based. This makes it subject to experimentation and volatility. At one point, transactions were quite expensive, for instance moving $42 or .01 BTC cost $4 in fees to send.

In the past, if your transaction got stuck becuase you didn’t pay high enough fees to get it into the next block, your Bitcoins were stuck until the mempool cleared and the transaction went through.

Now, though, you can do what is called RBF or “Replace By Fee”, where you can flag your transaction before you send it as RBF. This allows you to replace it with another transaction with a higher fee if your current transaction is taking too long. It’s sort of like a do-over for Bitcoin transactions.

For a thorough walkthrough of what replace by fee is and how to do it, watch this video. 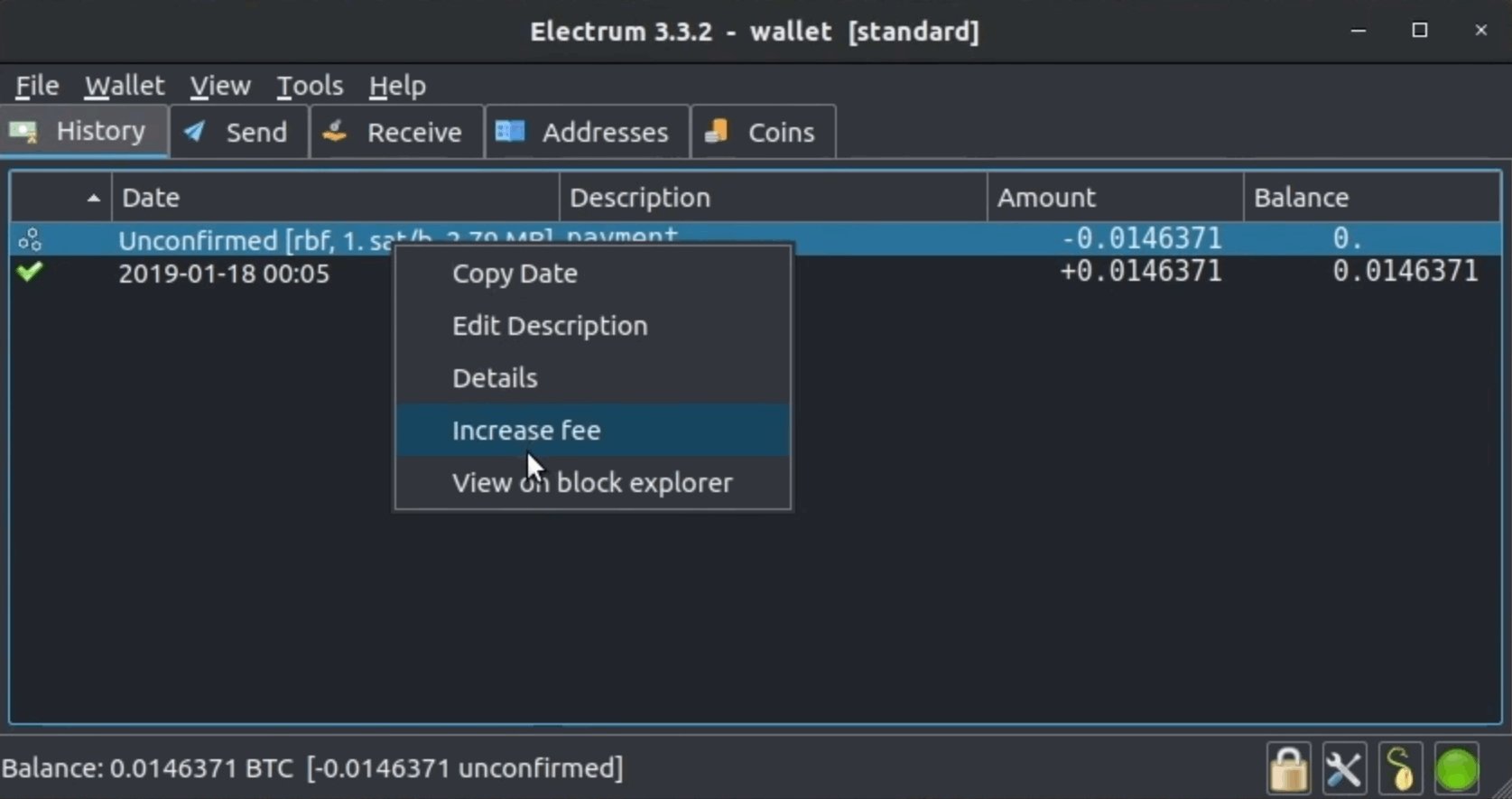 Initiating an RBF transaction on Electrum.

With further developments like these, it is likely there will be less of a rollercoaster effect and more stabilization.

On average, a Bitcoin transaction will take around an hour to complete. However, this figure can easily increase to over a day, depending on the network congestion.