How to Invest in Bitcoin (Safely)

Thinking of investing in Bitcoin or digital currency?

This post will outline some things you NEED to know before you buy.

What is a Bitcoin Investment?

A Bitcoin investment is exactly what it sounds like - using dollars or euros or any other fiat currency and buying Bitcoin with them. It may also mean using retirement funds from a 401k or other funds to invest in a qualified Bitcoin IRA.

How to Invest in Bitcoin

How to invest in Bitcoin will depend on what country you live in. Developed countries have more options and more liquidity.

Coinbase is the world’s largest bitcoin broker and available in the United States, UK, Canada, Singapore, and most of Europe. 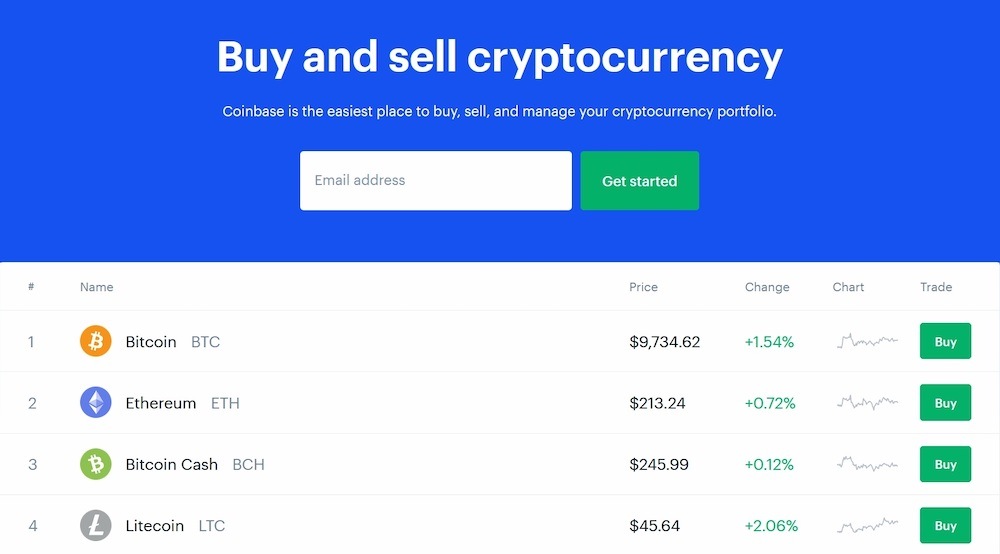 But, you can use our crypto exchange finder to find a place to purchase bitcoin in your country.

In some ways, buying Bitcoin is much like buying any other currency. You always need to be mindful that its price rises and falls compared to other currencies.

One way Bitcoin is different than traditional investments is that you either need to hold the coins yourself or trust a third party to do it.

Holding them yourself means there is the risk that if you don’t store them properly you could lose them forever.

If you let a third party hold them for you, they may get hacked. And unlike storing dollars or stocks in banks and brokerage accounts, once the coins are hacked, they may not be easily restored. Some exchanges are now offering protection if the hack is determined to be the exchanges fault. But hacks of an individual’s account may be difficult to prove as a system security issue. Coinbase specifically tells users in thier security policy that coins hacked from a compromised account will not be covered.

For instance, if someone robs a bank, the US government will make that bank whole through something called the Federal Deposit Insurance Corporation (or FDIC). There is no risk to you, as the bank customer, of having your funds stolen.

But Bitcoin is different. Bitcoin are inherently limited in supply (only 21 million will ever exist). So it isn’t so easy to replace them. Once they are gone, they are usually gone for good.

If the institution holding your Bitcoins gets hacked, they may cover the loss because they can afford to and its good for business, as Binance did in 2019.

Keep in mind, though, there is no legal obligation for them to do so.

There is an advantage to accepting these risks though.

For one, Bitcoin cannot be artificially inflated like US dollars.

Why is this important?

When your government prints more money, it makes the dollars you have worth less over time. 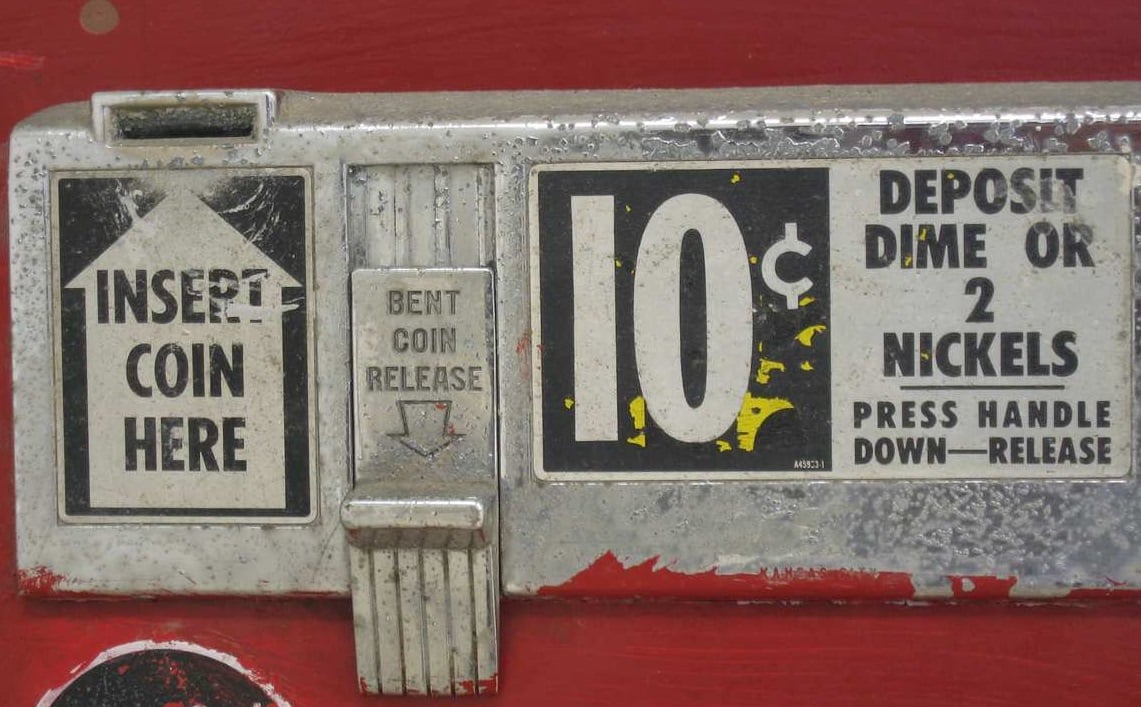 That is because of inflation.

Bitcoin is deflationary, which means the coins become MORE valuable over time, not less. You can buy more with a Bitcoin today than you could a year ago.

So while holding Bitcoin has its own risks, so does holding dollars.

Its up to you to decide which one you trust more.

How to Invest $100 in Bitcoin Today

The best way to invest $100 in Bitcoin today is using a Bitcoin exchange.

These services allow you to make recurring Bitcoin buys on a regular schedule (every week, every month, every day, etc), or one-time purchases.

These services do usually require you to verify your identity, which can take up to a few days.

Just be aware that there are higher fees on credit card purchases!

When is the Best Time to Buy Bitcoin?

As with any market, nothing is for sure.

Anyone’s guess is just about as good as anyone else’s when it comes to predicting near term Bitcoin prices.

Throughout its history, Bitcoin has generally increased in value at a very fast pace, followed by a slow, steady downfall until it stabilizes.

Use tools like our Bitcoin price chart to analyze charts and understand Bitcoin’s price history.

Bitcoin is global, and therefore less affected by any single country’s financial situation or stability, good or bad.

For example, speculation about the Chinese Yuan devaluing has, in the past, caused more demand from China, which also pulled up the exchange rate on U.S. and Europe based cryptocurrency exchanges.

We’ve also seen bull markets in Bitcoin in the United States result in large arbitrage events in markets with much less liquidity due to capital controls, such as Korea. In the case of Korea, these were known as the ‘Kimchi Premium’

As Igor Makarov and Antoinette Shoar note in Trading and Arbitrage in Cryptocurrency Markets,

The daily average price ratio between the US and Korea between December 2017 to February 2018 reached 40% for several days...We estimate that during this period a minimum of $2 billion of potential total arbitrage profits were left on the table. In contrast, the price deviations between exchanges in the same country typically do not exceed 1%, on average. 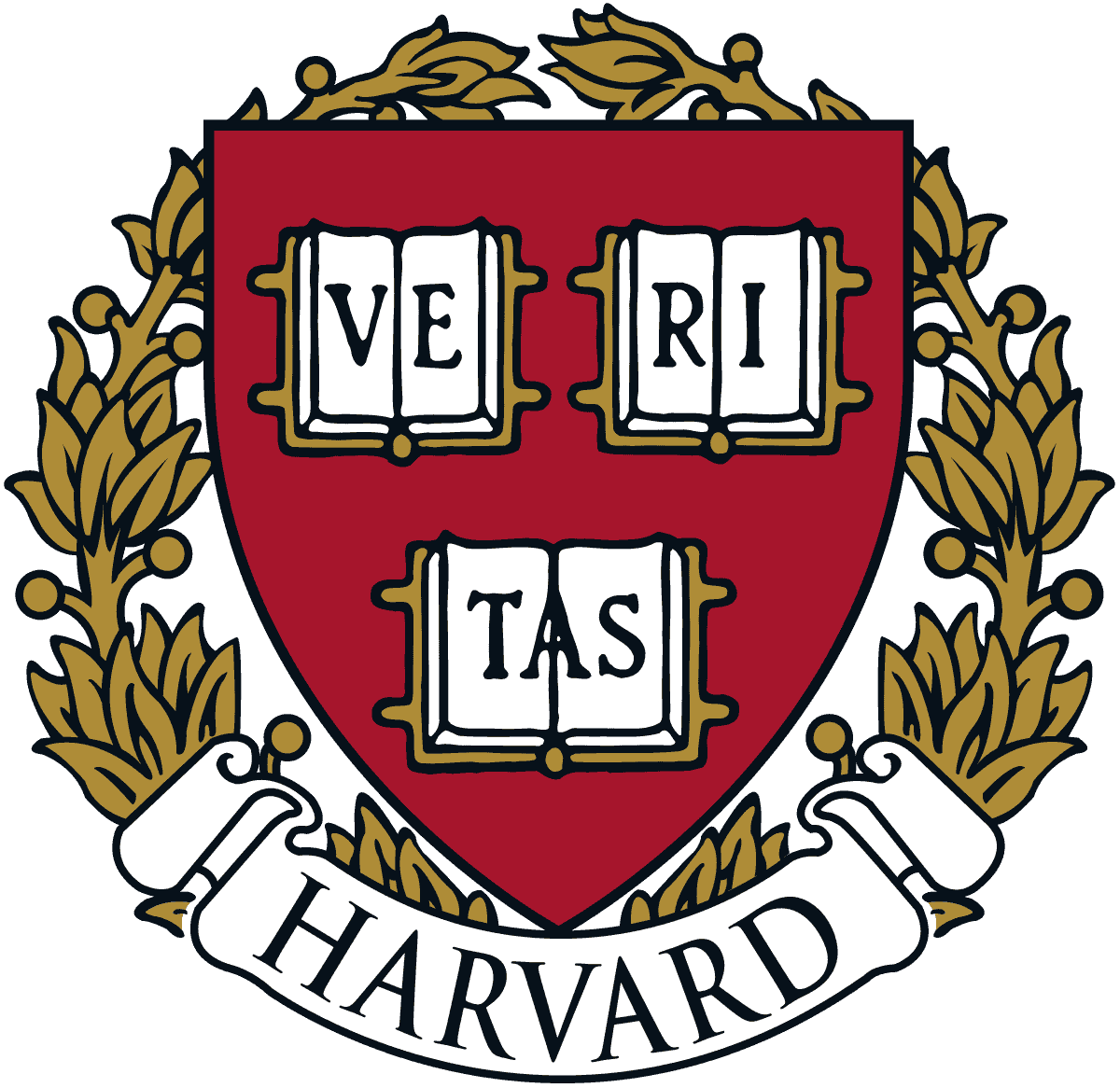 Getting Bitcoin into Korea to take advantage of the large premium was incredibly easy. The issue was getting your fiat out of the country after you sold.

Ironically, such controls only fed the Bitcoin price even further, as individuals realized Bitcoin could do what fiat could not: make cross border payments in any amount without permission from any regulatory authority.

All of these examples illustrate how global chaos is generally seen as beneficial to Bitcoin’s price since Bitcoin is apolitical and sits outside the control or influence of any particulate government.

COVID19 was one such example of global Chaos boosting Bitcoin, as the Federal Reserve proclaimed an 'ample reserves regime'.

When thinking about how economics and politics will affect Bitcoin’s price, it’s important to think on a global scale and not just about what’s happening in a single country.

Yes, Bitcoin is absolutely a legitimate asset. So much so that publicly traded companies such as Microstrategy and Tesla have invested billions of dollars into Bitcoin.

But Tesla isn’t the only big firm catching onto Bitcoin.

In fact, the oldest and largest bank on planet Earth - BNY Mellon - has said they are going to provide custody and exchange integration services into their banking offerings.

We firmly believe digital assets are here to stay, so that's the future.

And it gets even better.

Nearly every large bank that has ever had anything bad to say about Bitcoin is now stumbling over themselves to offer services to customers who want in.

Here are some of the biggest changes in position from major financial firms over the years: 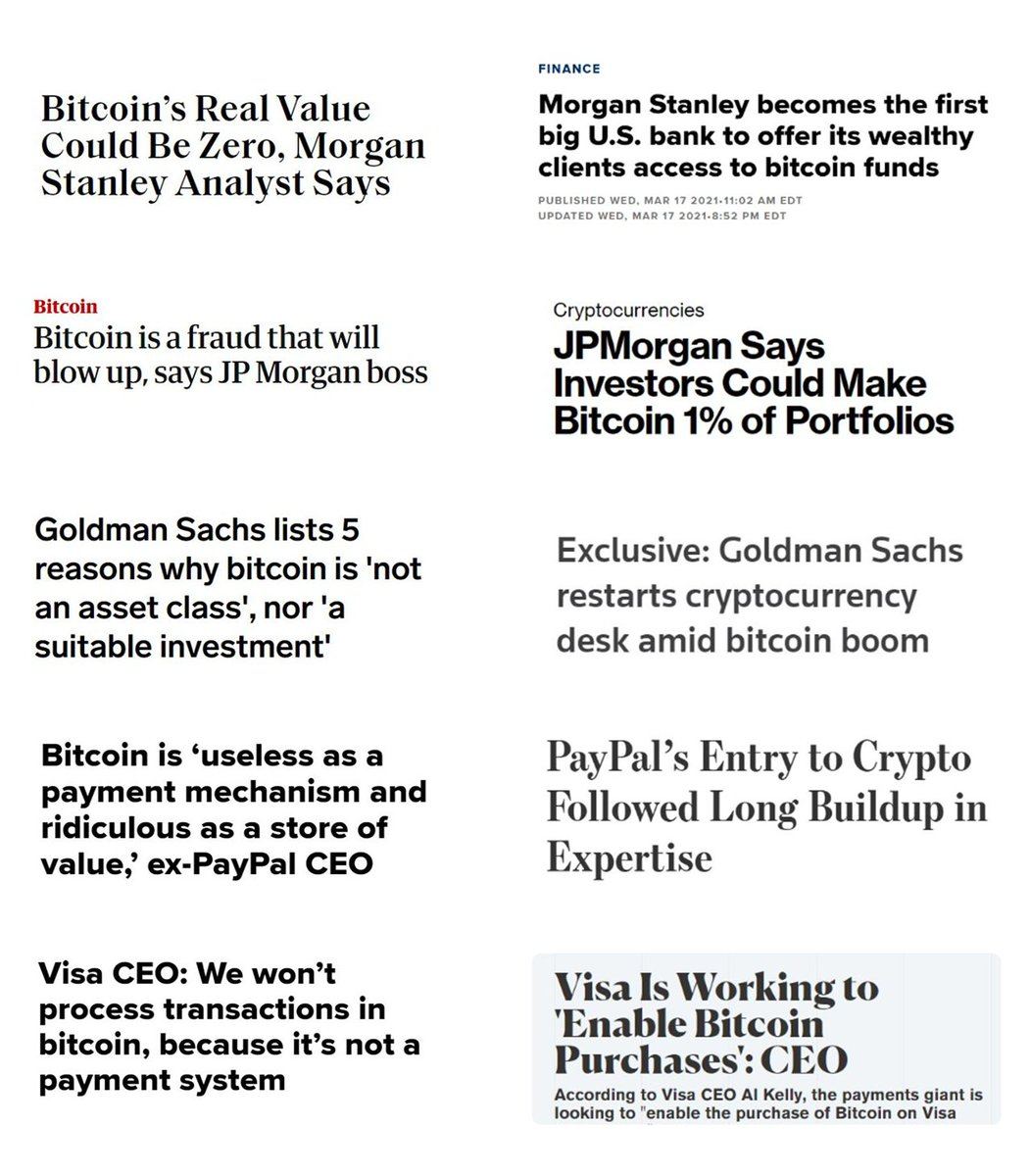 There are almost no institutions of consequence left who haven’t reversed their opinions on Bitcoin - and they all agree: Bitcoin is legitimate and here to stay.

Here is a global view of how much Bitcoin is owned and held by big public and private institutions as well as governments all over the world:

How to Check the Bitcoin Price – How Much Does a Bitcoin Cost?

The best way to check the price of Bitcoin is by using our Bitcoin price page!

On that page, you can see our historical chart. 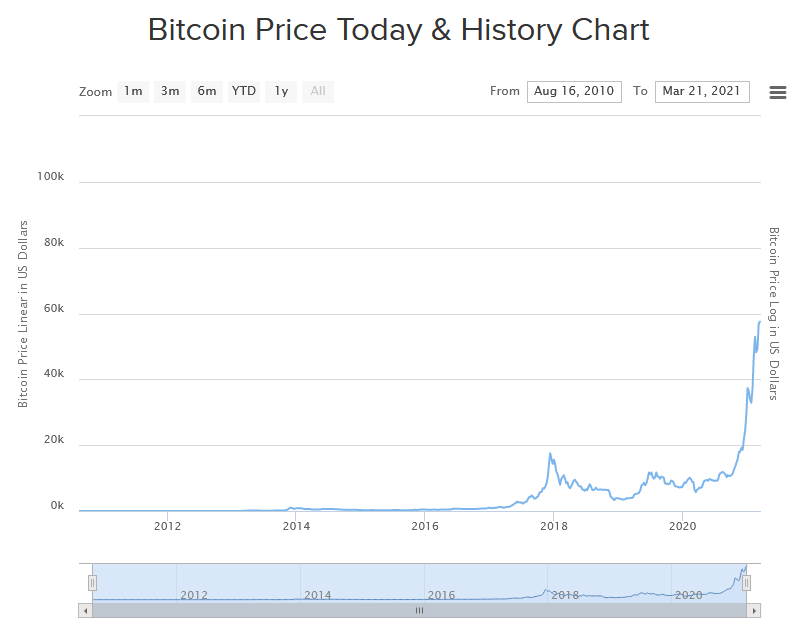 As well as more specific information related to the price for that day. 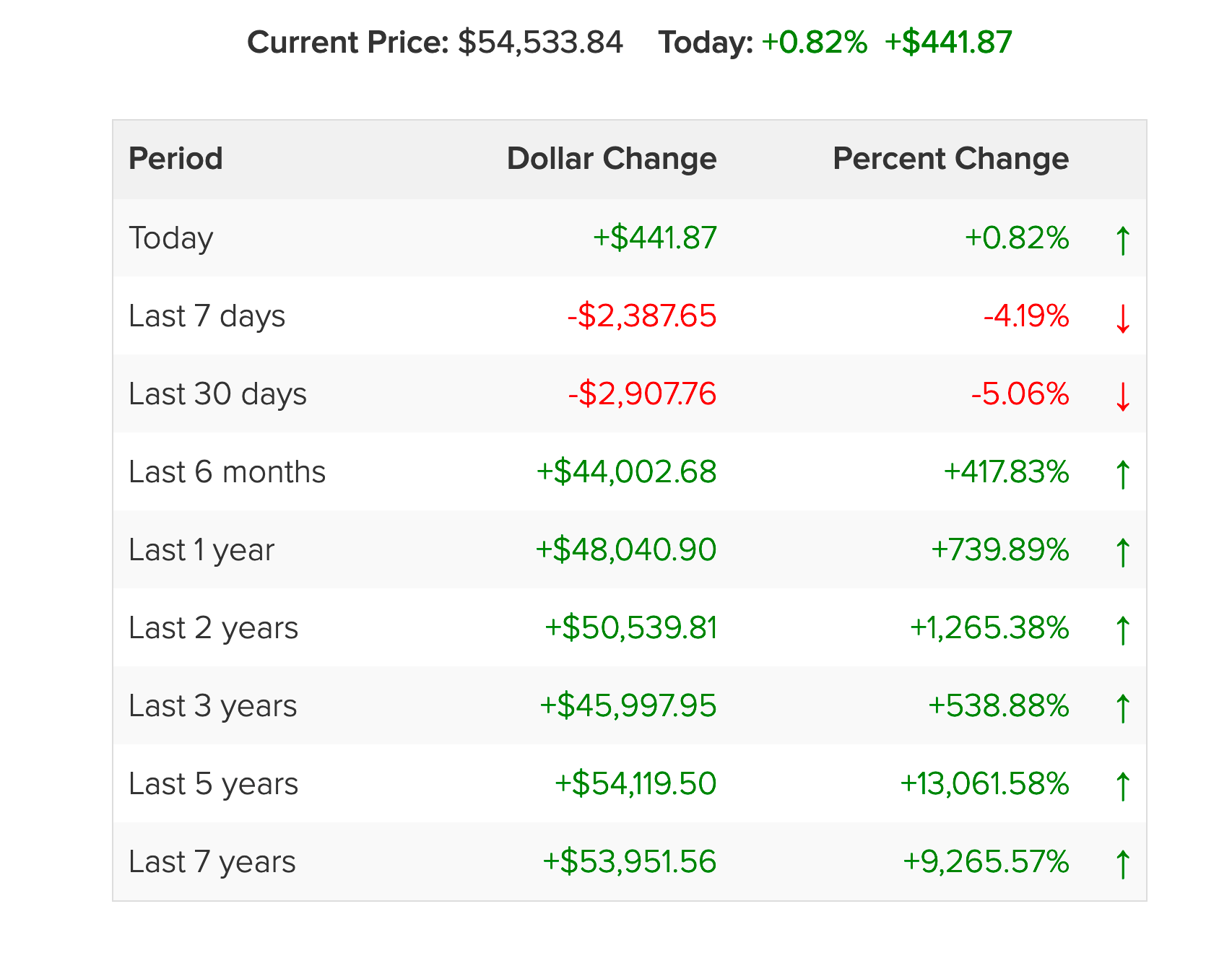 How Much to Buy in Bitcoin

If you want to invest in Bitcoin, the best strategy for investing and how much to invest will again depend on your needs and lifestyle. Your financial advisor will be the best person to talk to.

That said, some people like to use a strategy called ‘dollar cost averaging’. With this strategy, you buy a little at a time every day, week, or month, etc.

It’s up to you to decide how frequently and in what quantity to buy. The important thing is to keep the dollar amount the same each purchase. This helps to avoid going “all in” at a high price. Ask your financial advisor about this strategy if you are curious. There a tons of services that cater to this strategy, including Swan, and Coinbase.

What’s The Difference Investing in Altcoins vs Bitcoins?

The difference between Bitcoin and all other coins is enormous.

Bitcoin has a market cap worth over $1 Trillion. No altcoin–even Litecoin or Ethereum–comes even close to that.

There is also no other crypto asset or altcoin that is as old or established as Bitcoin is.

Altcoins also lack the security and decentralization of Bitcoin, and are therefore much more open to an attack that takes down the entire network.

Our advice is to stay away from altcoins and just focus on Bitcoin.

On a long enough timeline, Bitcoin almost always beats the performance of any altcoin anyway.

Just look at Bitcoin’s dominance index - a measure of how much of the crypto market share is held by Bitcoin: 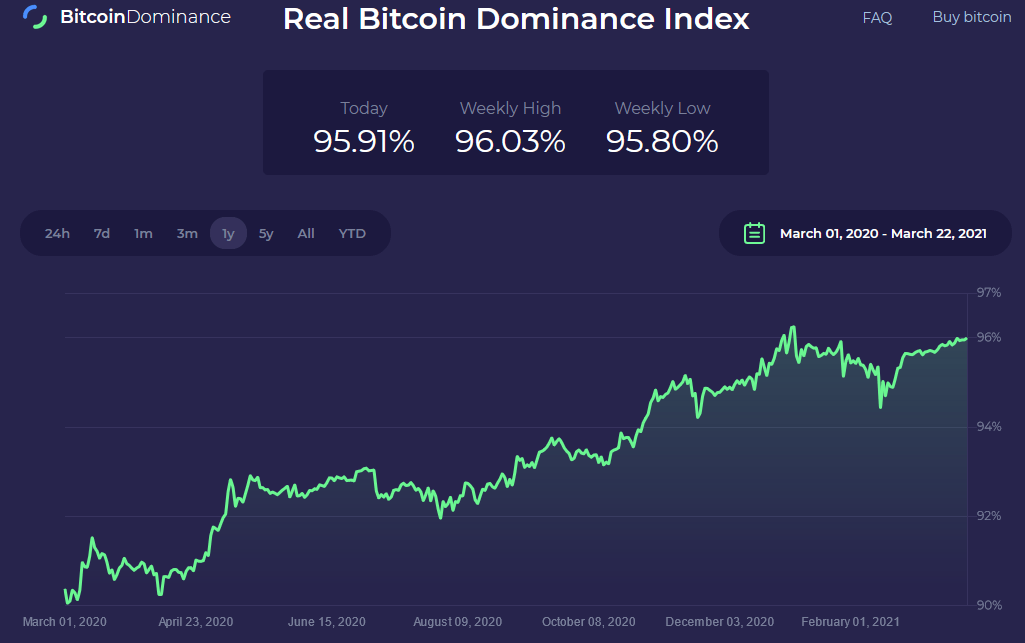 No one knows, and frankly, no one will ever know at any price point. Anyone who tells you know if now is a good price to buy in at is likely scamming you.

Bitcoin is still considered by most to be a risky investment and you should never invest more than you can afford to lose. That being said, high volatility assets do tend to have greater potential for return (matched by its potential for incredible loss). You should always consult a licensed financial planner.

What About Investing in Bitcoin Mining?

The Bitcoin mining industry has grown at a rapid pace.

Mining, which could once be done on the average home computer is now only done profitably using specialized data centers and hardware (known as ‘ASIC’s’).

The latest round of Bitcoin hardware—dedicated ASICs—has co-evolved with datacenter design, and now most computation is performed in specialized ASIC datacenters.... 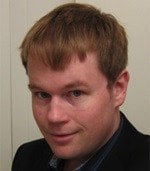 These datacenters are warehouses, filled with computers built for the sole purpose of mining Bitcoin. Today, it costs millions of dollars to even start a profitable mining operation. 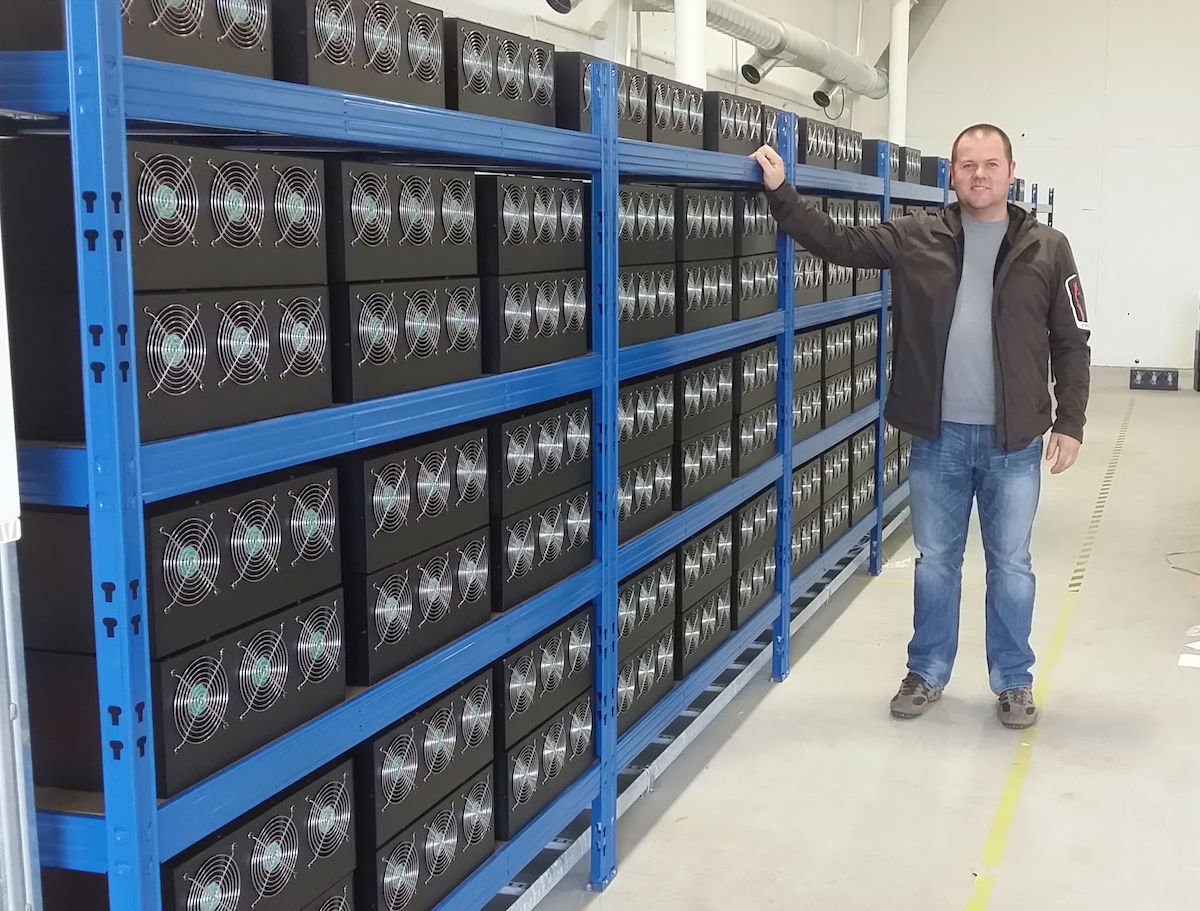 A view from inside a very organized mining farm

Bitcoin miners are no longer a profitable investment for new Bitcoin users, even despite rising transaction fees.

If you want a small miner to play around with mining, go for it. But don’t treat your home mining operation as an investment or expect to get a return.

There may be one exception to this rule: investing money into a co-location style mining facility that allows you to buy the hardware and they handle the maintenance of that hardware. They also negotiate with energy companies to get a good price on electricity.

A good example of such a company would be Compass Mining or Blockstream mining.

If someone asks you to invest in Bitcoin interest schemes, be careful.

As of now, Blockfi (based in New York) and Gemini trading platform are some of the only legit ways for retail investors to earn interest on bitcoin and crypto.

What About Using PayPal and Robinhood?

As of now, these two companies do not allow you to withdrawal your bitcoins. This means they control your coins, and not you.

Currently, the closest thing to a Bitcoin ETF is the Grayscale Bitcoin Trust (GBTC). This is the only way to buy bitcoin in your standard stock market brokerage account, though that may change soon:

But with that risk comes the opportunity for outsized reward.

Like all major financial decisions, you should consult with your financial planner before investing in Bitcoin. If and when you are ready to make your first purchase, this guide and the rest of BuyBitcoinWorldwide should put you on the right path.