Bitcoin is famous for the Mt Gox hack, but what about the Bitfinex hack?

To learn more, let’s take a closer look at the 2016 Bitfinex Exchange hack.

In August of 2016, Bitfinex announced devastating news. Hackers had infiltrated the popular Hong Kong-based exchange and stolen 119,756 bitcoin worth about $72 million in the largest hack of its kind to date. 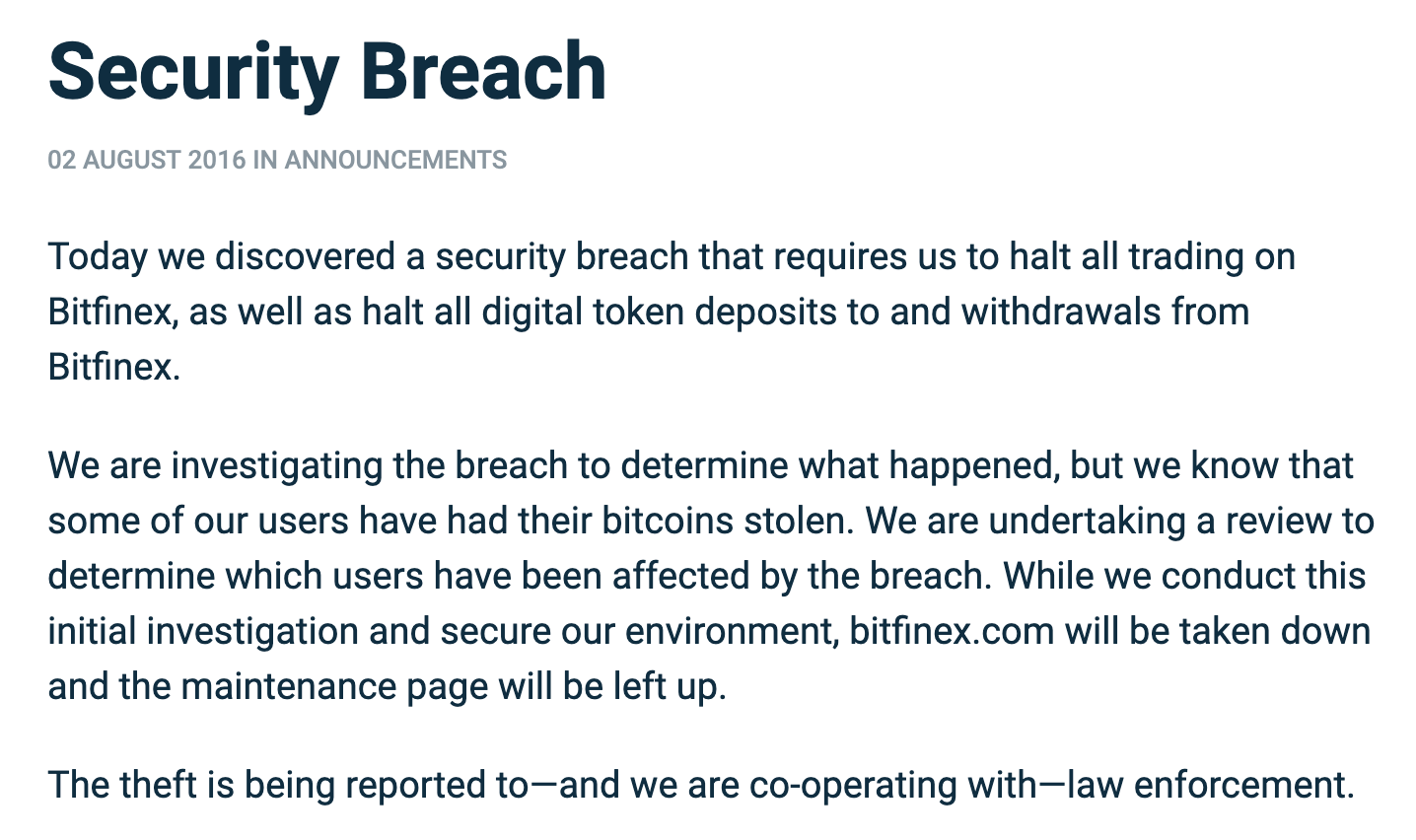 Today, that same bitcoin is worth a whopping $3.7 billion.

As the largest exchange operating in USD at that time, everybody who was anybody in the cryptocurrency world held accounts with Bitfinex.

Once the news was released, the value of bitcoins plunged about 20%, dipping to about $480 before recovering. 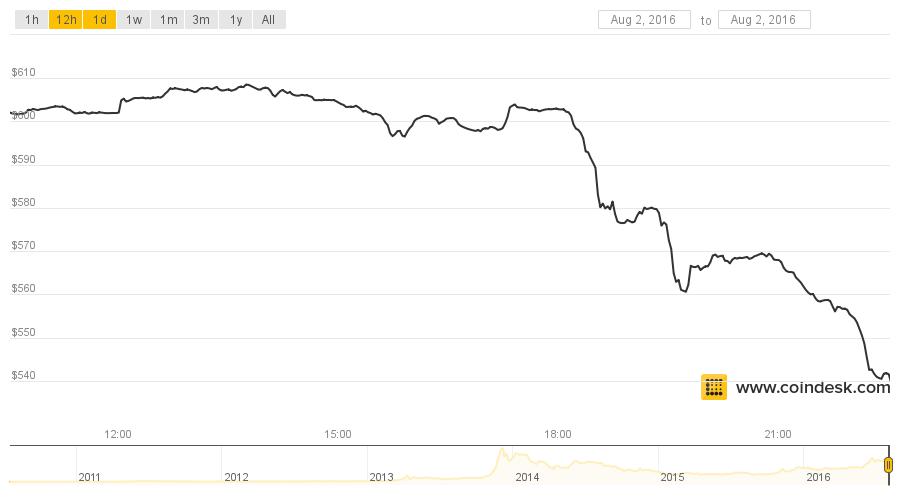 Bitcoin's price falling after the hack.

What Was Bitfinex’s Response?

To soften the blow, Bitfinex spread the losses across all the company’s clients and assets. Customers saw a generalized loss of about 36%.

Additionally, Bitfinex gave each affected customer BFX tokens that they could redeem in the exchange or trade for shares in their parent company iFinex. Customers were given 1 BFX for every 1 dollar lost.

They claimed to be actively looking for investment solutions to fund those BFXs and compensate their customers. They were impressively successful. Within 8 months of the breach, all BFX tokens had been redeemed for a full 100 cents on the dollar or traded for shares in iFinex.

Those who traded for shares of iFinex also received an RRT or Recovery Right Token. RRT holders are entitled to reimbursement of any funds recovered from the attack.

Tracking Down the Bitcoin

Though the fallout was severe from such a large hack, Bitfinex managed to avoid bankruptcy and continued working with international authorities to investigate the incident. In 2018, Bitfinex reported that the US government had managed to recuperate 27.66 BTC.

Bitfinex then converted the bitcoin to USD and distributed it to RRT holders as promised. As the funds are only 0.023% of the total stolen, it isn’t much, but it’s something.

Bitfinex continues to work with authorities to track down the rest of the stolen bitcoin and encourages anyone with information about the hack to come forward.

In 2019, it was revealed that two Israeli brothers were at least partially responsible for the 2016 hack.

Media headline about the brothers.

In February 2022, it was announced by the US justice department that Ilya Lichtenstein and Heather Morgan were charged with conspiracy to launder to launder the $4.5 billion worth of bitcoins from Bitfinex.

Morgan was famous for her YouTube rapping videos and has become known as the “Bitfinex hack girl”.

The Future of Bitfinex

Though the Bitfinex Exchange Hack in 2016 was a devastating blow to the company, Bitfinex rallied. The company was able to stay in business, unlike Japan’s Mt. Gox after suffering a hack that stole 744,408 BTC, or roughly $350 million, in 2014.

Their unique approach to handling the aftermath played a big part in their success and it’s incredible what they were able to manage in just a few months.

Cryptocurrency companies like Bitfinex work tirelessly to stay on top of cybersecurity. Unfortunately, there will always be bad guys who are great hackers ready to exploit any tiny loophole.