Has The Bitcoin Network Ever Gone Down?

Our Bitcoin Uptime tracker shows that Bitcoin’s total uptime is close to 99.99%.

Bitcoin has only been down twice.

So, what caused Bitcoin to go down in the past? We’ll explain everything here.

Bitcoin developer Jeff Garzik noticed this and posted on the old bitcointalk forums:

Since one of Bitcoin’s main features is its 21 million limit, this was an obvious bug.

The reason the bug was able to happen was because there was, at the time, no check to make sure that values so large could not be sent.

Bitcoin’s founder, Satoshi Nakamoto, posted a code update for this big around 5 hours after the bug was discovered.

The extra bitcoins sent in that transaction no longer exist.

In 2010, someone temporarily “created” new bitcoins. In 2013, there was a network split where Bitcoin’s network temporarily split into two separate networks.

Versions 0.7 and 0.8 of the Bitcoin software diverged from each other, causing the block chain to “fork” into two.

Unlike 2010, by 2013 there were already a good number of people using Bitcoin. The 2013 bug being discovered caused the Bitcoin price to fall by 23%. 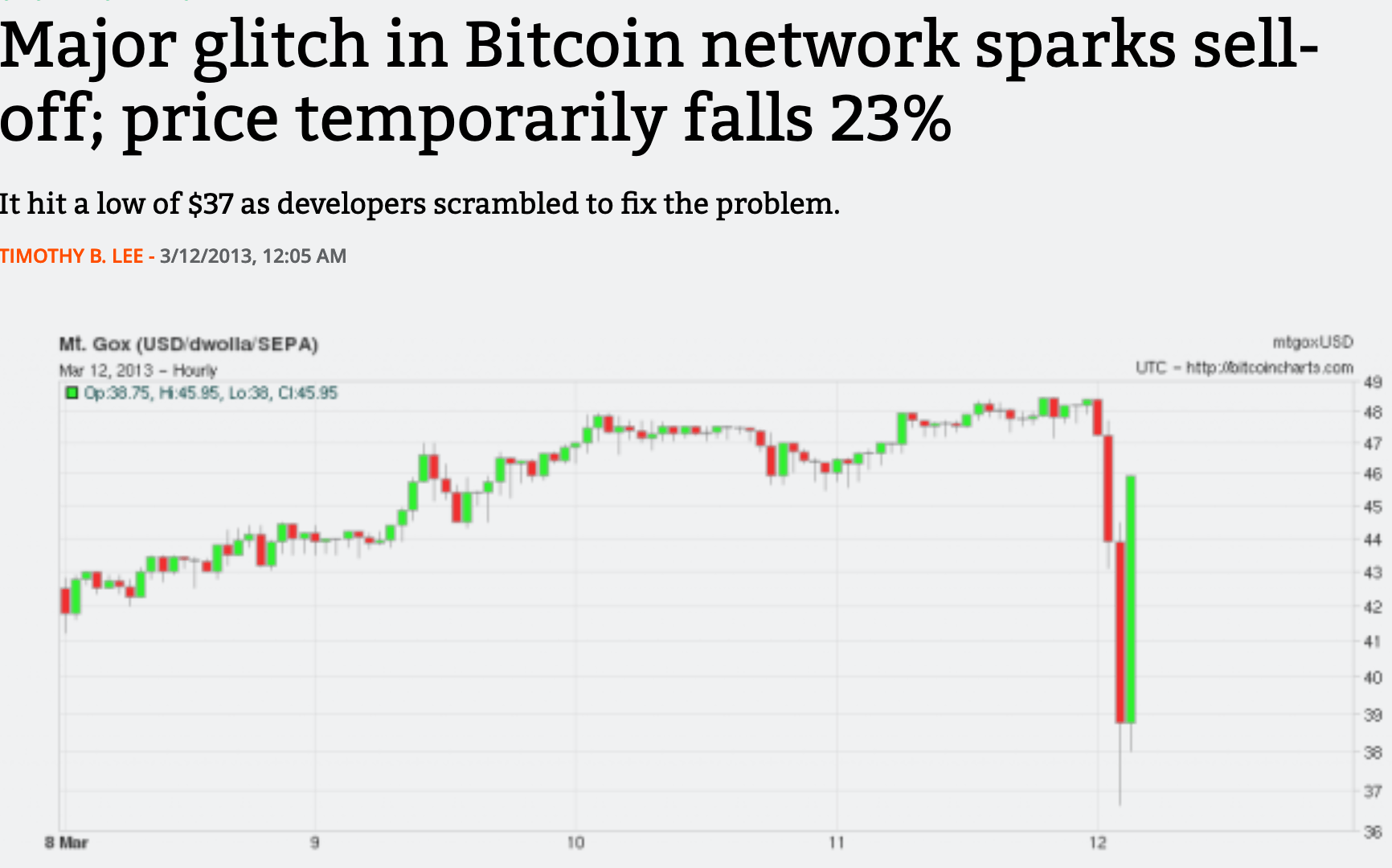 Bitcoin has only been down twice, and you can see that the network has had 100% uptime since the last bug in 2013.

Bitcoin is one of the most reliable networks, with nearly 99.99% uptime.

Both of Bitcoin’s downtime events were early on, and since then, Bitcoin has maintained very stable uptime.

We’ll monitor any other bugs that come up.